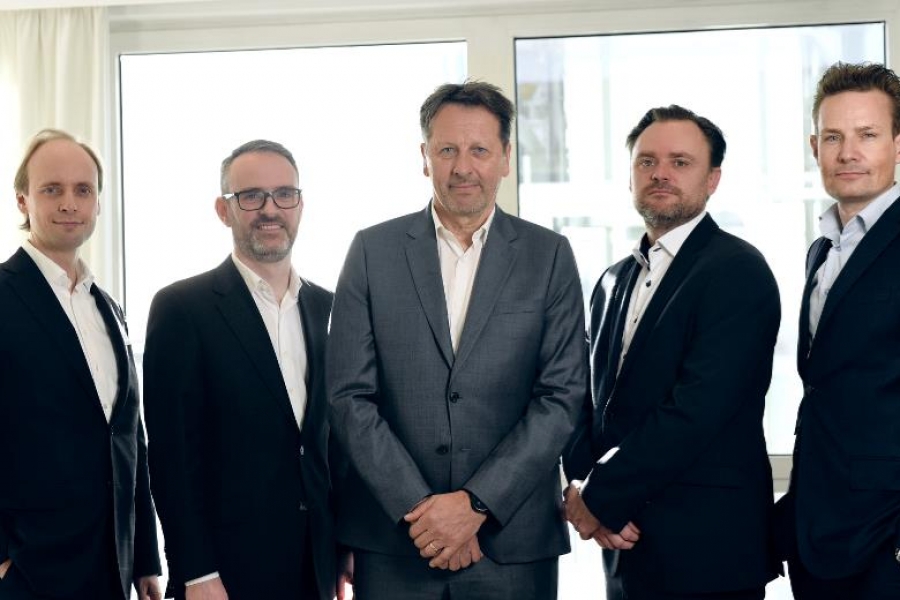 With new investment capital, the Danish recycler of synthetic turf, Re-Match, sets out to build factories across Europe and North America. The first facility outside Denmark will be placed in the Netherlands to meet an increasing demand for a sustainable solution to the handling of worn-out synthetic turf.

Re-Match, based in Herning, Denmark, has developed a patented and EU verified environmental technology* for recycling synthetic turf. The process downsizes, cleans and separates worn-out turf from e.g. football pitches into the original raw materials; sand, rubber, backing and plastic fibre, which can then be used in new production cycles. The first factory in Denmark has been operational since 2016 and processes 40.000 tonnes per year. With an investment from the industry growth fund, Nordic Alpha Partners, Re-Match’s global expansion plans can now be realised.

Re-Match, who is looking at several different locations for its Dutch factory, intends to build a state-of-the-art, digitalized facility which will act as the template for the following 23 factories across Europe and North America – as well as for potential joint-ventures in South America, Asia and Australia. The Dutch factory, which will have significantly larger capacity than the existing one in Denmark, is expected to be ready for production in 2020 and will be followed by factories in USA, England and Germany.

A vision with a strong backing

The new investor, Nordic Alpha Partners, is funded among others by the second largest fund in Northern Europe, ATP, who manages assets of more than 100 billion Euro.

“It was my vision to make our environmental technology available everywhere – and now, we are making it possible”, says Founder of Re-Match, Dennis Andersen.

Nordic Alpha Partners’ strategy behind its involvement in Re-Match is to enable a quick expansion to more markets. Partner in Nordic Alpha Partners, Laurits Bach Sørensen, explains: “We invest in cases which have the potential to dominate their categories globally. When we apply our value creation model and industry 4.0 factory conceptualisation to Re-Match’s innovative recycling solution, we simply have unique concept that is both highly scalable and replicable – all over the world”.

In order to prepare for this accelerated growth journey Re-Match recently brought on board a new CEO, Dr. Stefaan Florquin, who is a senior executive with strong international experience in operational excellence and commercialisation of circular business models. He previously held positions such as CEO of Vacuumschmeltze and VP operations in both Solutia and Eastman Chemical Company and has managed plants and capital projects all over the world. Stefaan Florquin explains: ”When I was first approached by Re-Match, they wanted me to become advisor to the company, but when I learned about the potential of Re-Match, its technology and growth plans, my focus quickly changed. Now I look forward to taking the company forward on this exiting growth journey ahead of us.”

To further strengthen Re-Match’s presence in region, Wiebe van Terwisga, has joined as General Manager for the Benelux. Mr van Terwisga is a well-known capacity within the Dutch synthetic turf market and has extensive experience in building factories.

“I am proud that we have brought the company to a level, where we have proven our concept in the market enabling us to attract such capably people and investors”, says Dennis Andersen.

In recent months the challenge of how to handle worn-out turf responsibly has been very much in the public eye in the Netherlands where a leading TV programme revealed that waste companies had received money to recycle turf but were in fact just storing the material without any kind of recycling taking place.

“One of the reasons could be that a genuine recycling method was not available – and by genuine, I mean a process that takes the turf and separates it down into clean raw materials – which can then enter a new production cycle,” says Wiebe van Terwisga and continues: “The fact 99 per cent of the material that is put through our process is fully recycled, provides an opportunity for both the turf industry and its customers to rethink what to do with worn-out turf.”