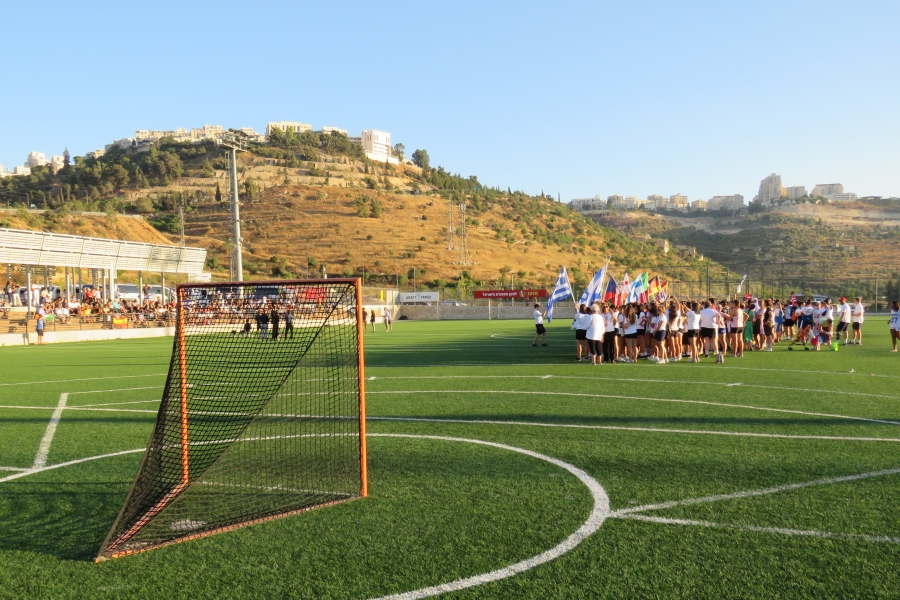 From 15 to 25 July, the 2019 ELF Women’s Lacrosse European Championships take place in Netanya, Israel. Sixteen teams are competing in the tournament, with England as the defending champion.

The matches are played on a GreenFields Evolution Pro pitch, which offers the players a first-class surface that is particularly suitable for heavy usage in a short period of time: the entire tournament will be concluded within 10 days.

The GreenFields Evolution fibre is a patented fibre shape. The shape offers the best trade-off between durability and resilience. The shape has been developed to be lightweight and split resistant. Due to the fact it has no reflectional symmetry, it shows improved resilience over symmetrical fibres of similar dimensions. The Evolution yarns consist of 3 fibres in field green and 3 fibres in lime green. This natural color combination mimics freshly grown natural high-performance grass.

International match between Ukraine and Serbia played on XtraGrass in Arena...