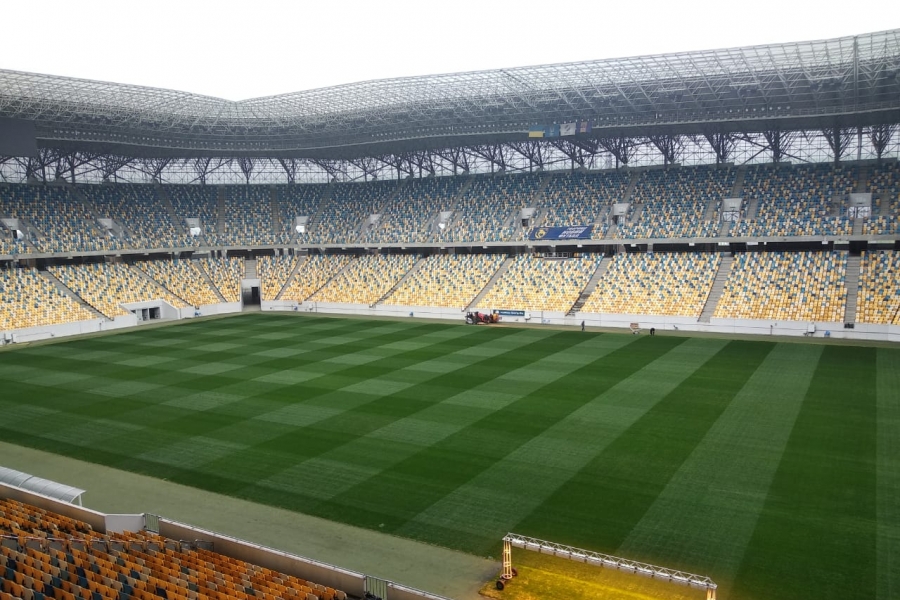 As partners, GreenFields and ENGO finished the installation of XtraGrass in Arena Lviv, the 35,000 seat football stadium in Western Ukraine that was also used during Euro 2012.

This Friday, the 7th of June, the international match between Ukraine and Serbia will be played in this stadium. On the 10th of June, the national team of Ukraine will play against Luxembourg on the new XtraGrass pitch. Both are qualifying matches for Euro 2020.

Arena Lviv is now the first stadium in the region with an XtraGrass pitch. GreenFields’ installation partner ENGO gained a lot of experience during the XtraGrass installations for Shakhtar Donetsk in Ukraine and FC Zenit St. Petersburg in Russia, resulting in a flawless installation procedure at Arena Lviv.

The hybrid XtraGrass pitch offers the stadium a first-class surface with perfect playability, combined with more playing hours. This is the result of having a small percentage of artificial grass protecting and reinforcing the natural grass at all times. In addition, the backing of XtraGrass offers more stability, increasing the strength of this pitch. This way, Arena Lviv will have a full-green pitch all year round, more playing hours than with natural grass but an ensured optimal player experience.