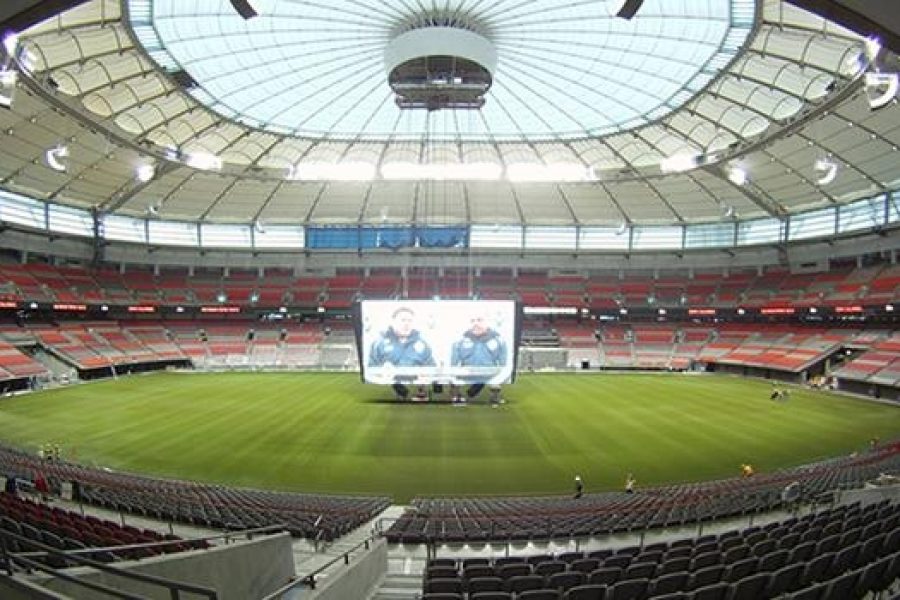 Vancouver has secured a four-year commitment to play host to the World Rugby Sevens Series beginning in March 2016, a development that will ensure new synthetic turf at BC Place for this June’s FIFA Women’s World Cup.

World Rugby announced Monday that BC Place will be one of the international stops for fast-paced, seven-aside men’s rugby, which, along with a women’s competition, will make its Olympic debut at Rio de Janeiro in 2016.

World Rugby requires that the blade height of the synthetic grass must be 60 millimetres for any of its sanctioned events. The current BC Place turf is a product installed at a cost of $1.2 million in 2011 and is 40mm high.

That turf meets the requirements of FIFA. But several top international female players, who filed and then abandoned a human rights complaint alleging gender discrimination because the World Cup was not being played on grass, complained bitterly about the BC Place surface. It was used during FIFA Olympic qualifying in 2012.

The rugby Sevens Series is hugely popular in places like Dubai, Hong Kong and Las Vegas, where attendance last weekend was more than 75,000 over three days of competition.

The March 2016 event at BC Place will be played over two days. Canadian rugby legend Gareth Rees, a co-chair of the bid committee, says organizers plan to use the 20,000-seat lower bowl configuration used by the Whitecaps.