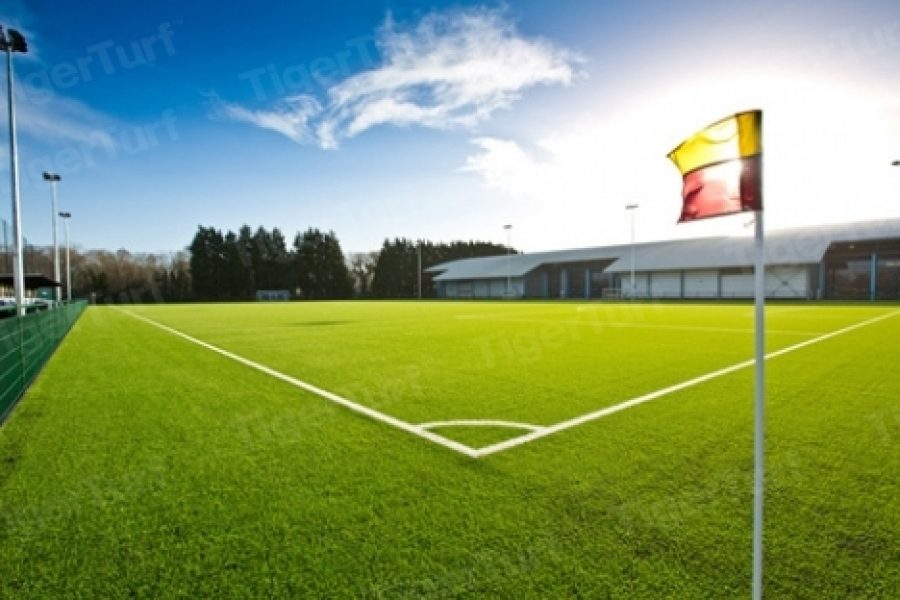 As a global university seeking to provide optimal education as well as the best sports facilities – for leisure and high-level competition – to its students, it is naturally that Cardiff Metropolitan University sought a top-quality sports surface. This was primarily intended to a football pitch but could be used for many other sports.  The criteria which the playing surface had to answer was sustaining peak performance all year round hosting competitive matches, this being under heavy usage.

Synthetic turf was able to guaranty such conditions and after extensive research, the university awarded its confidence to a Soccer Real 50XQ surface. Such research involved looking at similar existing football pitches and visiting the one at Nottingham Forest Indoor Academy for example. The installation of this synthetic turf pitch was completed in November 2013 and boasts FIFA 2-star accreditation.

This high quality status is enabled by particular turf characteristics. Indeed, the pitch features a 15mm rubber shock pad for optimal shock absorption. This third generation synthetic turf also consists of 50mm fibres of two unique types, filled with rubber and sand. The resulting ball roll and bounce is highly equivalent to that of natural grass pitches cut short, but with high durability, low maintenance and complete reliability all year in addition. The interaction between the players and the surface is also safe, with low injury occurrence.

Chris Jennings, assistant director of sport at Cardiff Metropolitan University commented: “The final outcome (of the installation) is a facility that has been highly praised by visiting teams, league officials and professional clubs.”

ESTO Kicks off 2015 with a bang
Scroll to top