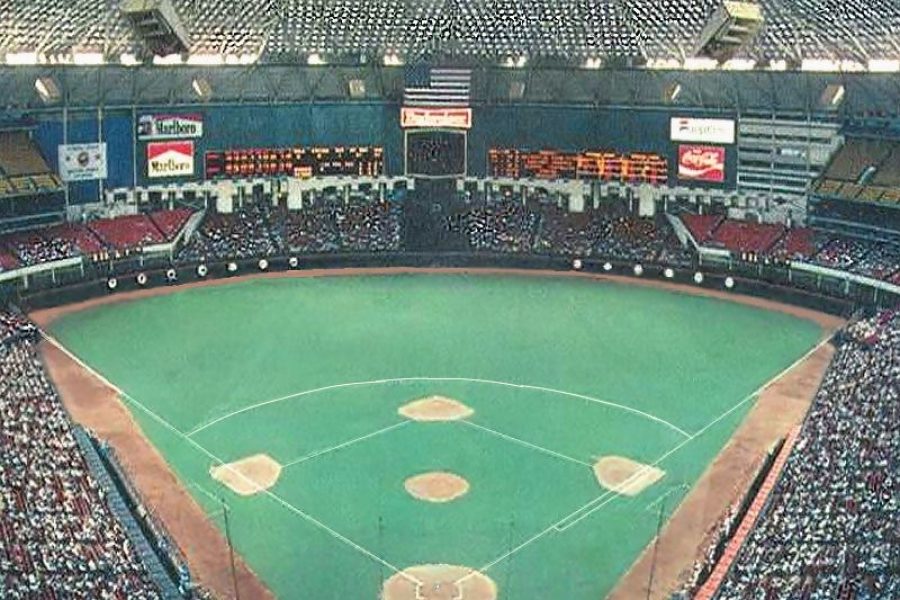 In the sports arena, making the playing field level is only one small part of the process of providing top-class facilities. The development of new and improved playing surfaces has had a dramatic impact on the performance of athletes in many sports, from running to cycling and even skating. Advanced modern materials have helped to create fields that are not just better than earlier examples, but more consistent and more sustainable.

Hardcore eco-warriors might scoff at the notion of an engineered surface having sustainability benefits, but that would be to miss the point entirely. Not only can synthetic playing fields offer high levels of performance to the players and athletes, and hence better games for the spectators, they also bring their own economic and environmental benefits. Grass fields are created and maintained at a considerable cost, both economic and environmental, making the choice between synthetic and organic surfaces far from the straightforward “natural must be better” proposition.

For high-level competitions like the Olympics and Paralympics, of course, it is performance that comes first. Here, the unmistakeable trend towards synthetic surfaces has been gathering pace since the mid-1960s, and seems destined to continue. Two field sports in particular have pioneered the use of synthetic turf – baseball and hockey.

It was the near-impossibility of providing an environment for grass to grow that sparked the very first synthetic fields. The Houston Astrodome was completed in 1965, and was the world’s first roofed multi-sports arena. It was built this way because the heat and humidity of Texas would make an open stadium unusable for much of the year.

The roof, of course, reduced the sunlight reaching the playing surface. Translucent panels had been incorporated into the roof specifically to let sunlight reach the Bermuda grass surface, but these were quickly painted over in response to players’ complaints of glare. As a result, in its first year of operation, the so-called Eighth Wonder of the World had a playing surface consisting of dirt and dead grass, cunningly disguised with green paint.

The response was to employ the latest thing in synthetic grass, originally called ChemGrass but soon renamed AstroTurf to reflect its deployment in the Astrodome. The name soon became commonly used for any type of synthetic playing surface, but it remains a trademarked term and is still in use for a specific range of products, even though newer and more advanced synthetic surfaces now lead the market.

Synthetic surfaces in baseball have had something of a chequered history, prompting many major developments in the technology as the performance of the fields has been gradually improved. In hockey, the adoption of synthetic turf came a little later and has seen rapid growth as the real benefits of the system became apparent.

The first synthetic hockey pitch in an Olympics was in 1976, at the Montreal Games. Since that event, all international tournaments have been played on synthetic turf and, today, practically all national competitions also use these pitches.

Unlike baseball, where the initial spur was to provide a sustainable substitute to grass for use indoors, in hockey the motivation was to provide a superior playing surface for outdoor competition. Synthetic turf has proved to be faster than grass, prompting many changes in the way the game is played and in the kit used by players.

The modern game of hockey owes much to the properties of synthetic pitches, which are now universal at the sport’s higher levels. The faster play has led to new tactics and new playing styles. Backhand shots and reverse stick trapping are now common strokes, again reliant on the fast and smooth playing properties of the synthetic turf.

The impact of modern materials technology on hockey is quite striking, and affects every part of the game. Just two or three decades ago the game would be played on a grass field of variable quality, perhaps muddy or dry-baked in places, by players wielding wooden sticks and wearing kit made of woollen or cotton cloth and studded boots. Even the ball was a variable factor, with its seam providing the opportunity for a well-struck shot to head off in a variable direction.

Today the game is a fast and skilful spectacle, as brilliantly demonstrated at London 2012. The players benefit from the latest fabrics in their kit, and use an advanced composite stick to deftly strike a uniform solid plastic ball across a perfectly smooth and consistent playing surface. A soft synthetic turf surface will minimise abrasions and can help prevent serious injury, providing a durable pitch for players to slide, tackle and fall on more safely.

New high-performance surfaces have helped the sport to grow in popularity, and boosted its sustainability credentials. The key to sustainability, of course, is to provide a playing surface that gives a long life with consistent properties and a low environmental impact. It surprises many people to learn that synthetic turf offers many benefits over grass surfaces in these matters.

One key factor is water use. Water is an increasingly sensitive resource in many parts of the world, and its use for the maintenance of sports fields is seen as something of a luxury. Traditional grass pitches demand regular watering to maintain them in good condition and need this year-round or they can quickly become unusable. Recent research found that a typical football pitch in the English Premier League drinks 20 tonnes of water per day, and estimates that clubs in hotter places such as Barcelona might use almost three times that much.

Most synthetic pitches like those used at London 2012 also require watering, and indeed incorporate a thin layer of surface water to provide a soft landing and control friction. However, this means that field hockey cannot completely claim the moral high ground on water use, and this is something the International Hockey Federation (FIH) acknowledges in its Pitch Handbook as an area needing further development to improve sustainability. Nevertheless, a point worth remembering is that water-based hockey pitches only require watering before a match, and not every other day of the year as well.

When consideration moves to direct energy costs, the advantages of synthetic turf quickly become apparent. Many leading football clubs routinely use ultra-violet grow lamps to encourage grass growth, and many have under-pitch heating to create a permanent artificial summer on their fields, regardless of the arctic conditions outside. Both of these practices consume large amounts of energy simply to create an artificial ‘naturalness’.

There is one further area where grass fields bring substantial environmental impact, and that is their maintenance. Grass requires regular re-seeding, trimming, rolling, and spraying with whatever combination of pesticides and weed killers the local situation demands. These all bring with them an environmental cost.

Shockpads: The Guarantee For Durability in Artificial Turf
Scroll to top