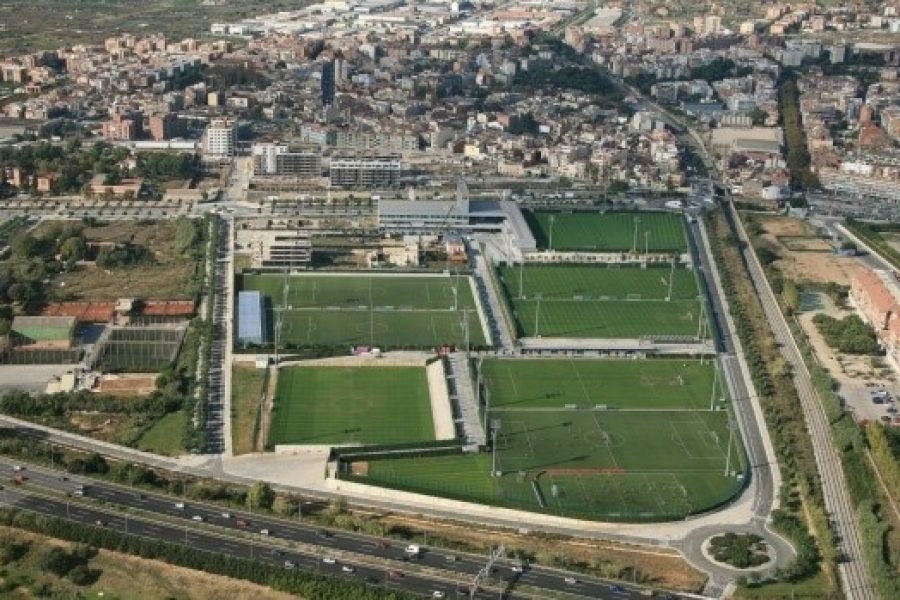 Known as the best youth academy in world football, FC Barcelona’s infrastructures supporting what is called “la Masia” stands up to the high standards of this true factory of champions.  The academy is based in the Ciutat Esportiva Joan Gamper, in the outskirts of Barcelona, which also comprises the training ground of the professional team. “La Masia” holds a great part in FC Barcelona’s recent series of huge successes and bases itself firstly on a winning philosophy of football that belongs to the club’s genes and is taught throughout the academy. But it is also based on vast and modern training and development facilities, which are one of the primary tool to achieve greatness on the field.

Indeed, the Ciutat Esportiva Joan Gamper’s infrastructures comprises for example 9 football pitches, 4 of which are synthetic turf ones. To contribute to possess the greatest means supporting its unique player development skills, the club achieved the installation of these 4 synthetic turf pitches in 2012 which are the most cutting-edge surfaces of that type, leaders in FIFA Recommended artificial turf installations. The pitches have been designed to meet and exceed the FIFA 2-Star quality mark.

Emili Sabadell, FC Barcelona’s Director of Operations, was quoted as saying that “this is very beneficial to FC Barcelona, as we will replace the current artificial turf, which was installed ten years ago, with new turf of a quality that is appropriate for our youth football”. The product features one of the most durable fibers in the industry surrounded by a patented mixture of silica sand and cryogenic rubber infill material. This turf system has been designed to offer maximum safety, playability, and durability, as well as enhanced surface permeability.