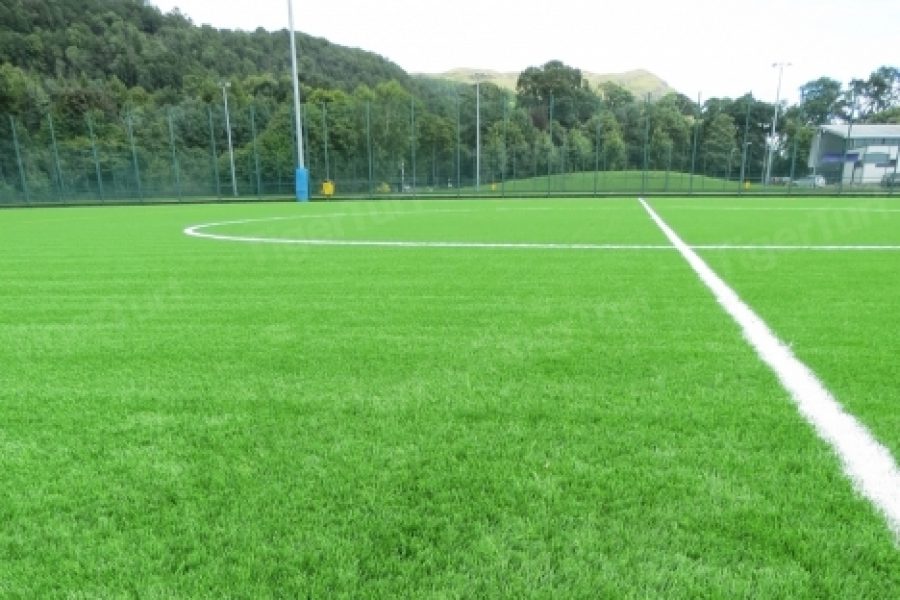 The University of Stirling was designated as Scotland’s university for Sporting Excellence by the Scottish Government in 2008 and possesses a range of sports facilities making it one of the sixteen universities with 5-star sports infrastructures in the UK. Since this recognition, it was also decided to extend this high-profile status in terms of sports equipment by installing two new synthetic turf pitches during the 2012 summer: one dedicated to football and the other one to hockey.

The hockey pitch is an Evo Pro hockey surface which was designed to meet the particular needs of hockey players in terms of interaction with the surface with enhanced playability, comfort, speed and preciseness of play. It is also designed to answer durability needs, it provides longer life expectancy than any other product on the market in this regard.  This Evo Pro system uses advanced fibre technology and sand infill, making it fully compliant with the International Hockey Federation’s (FIH) National standard – a standard for elite hockey and international competition.

On the other hand, the campus football pitch consists of a Total Turf 65 XQ, built to last a minimum of 20,000 hours of usage. The pitch meets FIFA 2-star certification, demonstrating the university’s will to complete its sports infrastructures with a high quality playing surface for its football teams. The turf system uses XQ fibre technology which fulfils the requirement for safety, high performance and durability all year round.

Such installations at the University of Stirling campus enhance the ability of this sports hub to host the local community for extensive hours of playing time, which undoubtedly does no harm to the people in terms of social experience and local sporting excellence.

A synthetic turf system ready for a new life in Norway