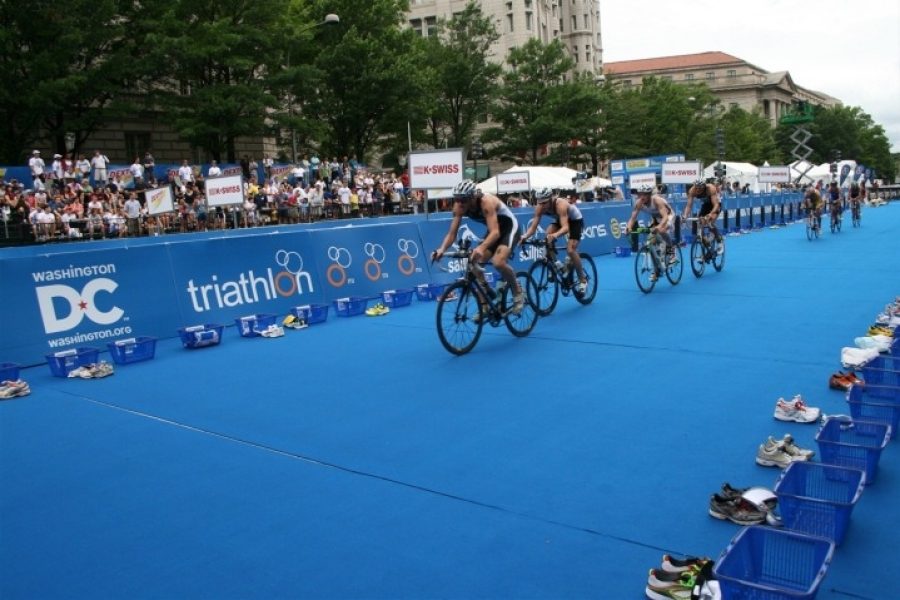 The City of Chicago will host the 2015 ITU World Triathlon Grand Final and World Championships from September 15-19. Chicago will welcome 150 of the world’s top Olympic-distance triathletes as they compete for a world championship title less than a year prior to the Rio de Janeiro 2016 Olympic Games. In addition to the elite races, the event features top-flight sprint and Olympic-distance races for age group athletes, paratriathletes, juniors and under-23s, as well as an aquathlon to kick off the action. In all, more than 8,000 of the world’s best triathletes will compete for world titles over four days of competition.

Transitions are unique to multisport events and occur between each discipline. Athletes transition from one sport to another, changing equipment in the transition area. The transition areas in Triathlon are probably the most crucial part of the race. The triathlon transition can be crazy, chaotic, and perhaps even frantic.  Awareness and timing are essential. Tempers have been known to flare as tensions increase, bikes crash, and liquids are tossed about. The sooner you are in and out of this area the better. Transitions require different skills from swimming, cycling, and running. More fine motor skill use is required to perform specific skills like putting on helmets and shoes, taking off swim caps, and moving the bike on and off the transition racks.