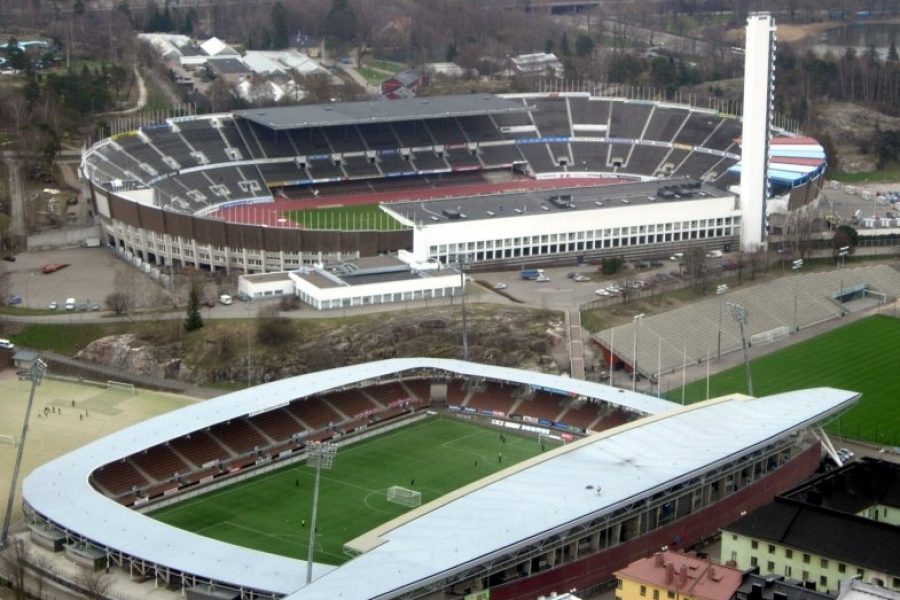 The Sonera Stadium is a football ground in the Finnish capital Helsinki. The stadium was opened in year 2000 and can accommodate 10,766 spectators, all seated and covered. It is the home ground to the most successful Finnish football club in history, HJK Helsinki, which is more than a hundred years old and has won 27 Finnish Championship titles. The stadium also hosts home games of another Helsinki-based football club playing in the Veikkausliiga (Finnish first division), HIFK Fotboll, founded in 1897. It is also used for some international friendly matches by the Finnish national team. Therefore, this ground appears as one of the most prominent in the country.

The Sonera Stadium has the particularity of being located right next to the Helsinki Olympic Stadium, which makes the location a major sports hub in Finland. Like many other stadiums hosting Veikkausliiga matches, this ground features a synthetic turf pitch that perfectly suits the Scandinavian climate. In this regard, the venue is quite special as it hosted the first synthetic turf pitch used by FIFA for official competitions during the Under 17 World championship 2003. Since then, it has kept this type of surface with notable replacements in July 2006 and in 2011 for new state-of-the-art systems, both continuously  obtaining the “2 Stars”certification by FIFA.

The stadium was also one of the venues hosting the 2009 UEFA Women’s Championship, although natural grass was laid for that tournament.  As the venue is fairly recent and is modern, it is equipped with a main stand that can be heated as well as an undersoil heating for the playing surface, which contributes to make it a venue of a high standard for international football.

‘Synthetic turf is a world solution’
Scroll to top