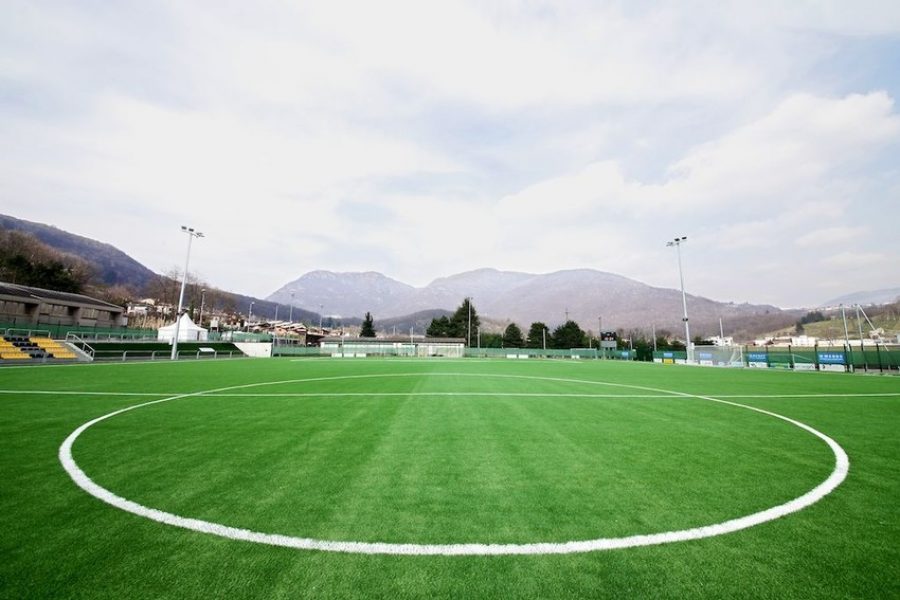 AC Taverne is a football club founded in 1950 and based in the municipality of Taverne, in the South of Switzerland, on the border with Italy. This amateur club recently faced the situation of outdated facilities while rapidly growing their number of members and players. Indeed, the club’s activity level boomed and had to deal with facilities, especially the pitch, which could no longer support this, the field being often impractical under increasing usage.

Carlo Burà, director of AC Taverne, explained the circumstances: “the situation that was created was no longer tenable, with the field proven not only by the adverse weather conditions, but also by the intense activity of all users of the centre, including a team from the First Division and Third Division. The decision that had to be made was changing to a synthetic grass field”.

In addition to the field having to be changed to synthetic turf, the stands and the locker room were renovated and a new electronic scoreboard was installed; a brave choice that allowed the AC Taverne to boast today a cutting-edge sports facility to be proud of.

The renovated facility was opened last month, when it received approval from the Swiss Football Association, “currently there is no field like this in Ticino,” comments Vincenzo Ceraudo, the construction manager. The official inauguration will be in June 2015, when the FIFA certificate will be asked to get FIFA 2 STAR certified.

But getting there was not so easy. Indeed, the project that led to the renovation of the sports centre at AC Taverne dates back to 2011. Convincing the local municipality to invest public money into renovating sports facilities took some time. This was even trickier because of the period of economic crisis during which many citizens would consider an investment into sports facilities a waste of public money.

But a solution was eventually found to get the project underway. The municipality and AC Taverne reached an agreement where funds would be allocated to the project, but with the intention of adapting the sports centre to be open to the community. “It was a long process, but in the end we were able to create a great sports field and able to meet even the cost factor, because we could not afford to have debt for the project”, recalls Carlo Burà.

Besides the aesthetic factor, the new synthetic field allows the developing of a natural play, with the same feeling at the foot you would have on a natural grass field in perfect condition. This is due in particular to the prefabricated FTS shock pad (which offers a homogeneous and elastic support) and the performance infill Ecofill (produced with granules thermoplastic unrecycled and uncured, with perfect grading curve that ensures a performance superior to other infills).