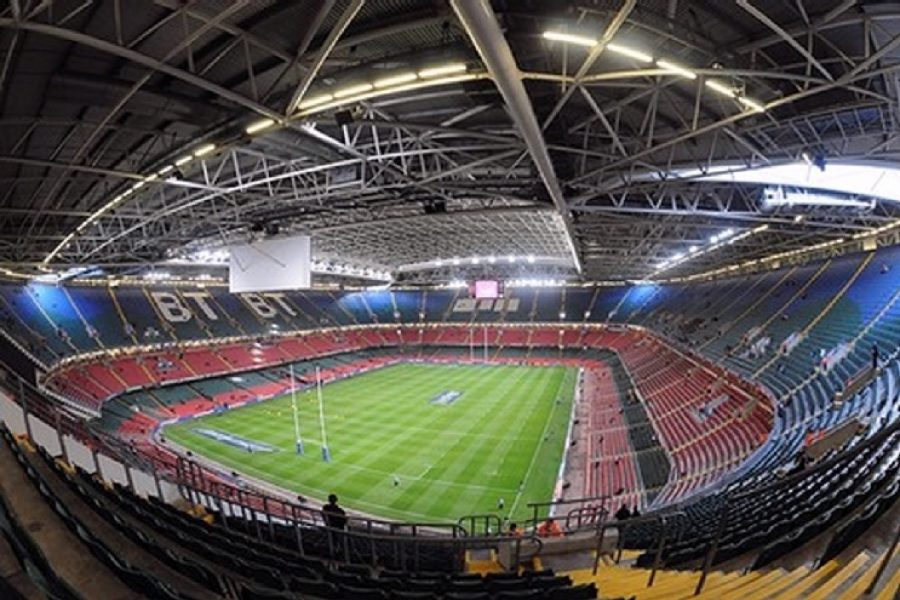 As the Millennium Stadium in Cardiff is hosting 8 Rugby World Cup 2015 games, let’s take a look at the development of its semi synthetic pitch.

After 15 years, 100 Test matches, in front of 6.25 million fans the Millennium Stadium pitch was removed for the final time. The decision to replace the previous palletised pitch system was taken after an in-depth review and also after having changed the surface numerous times.

The new hybrid surface intertwines grass turf with millions of synthetic fibres (which makes it more durable) and has been installed as part of a major refurbishment project. The multi-million pound renovation also included the installation of the latest ‘plug and play’ broadcast technology on all sides of the pitch as well as a Terraplas cover to protect the new surface across a range of non-pitch events such as live music and motorsports.

The renovation project was part-funded by the Welsh Government in a bid to attract major events to Wales. All parties included in this project were all very satisfied with the end results. Below find a few quotes:

Welsh Rugby Union chief executive Roger Lewis said: “The fans who attend matches will undoubtedly benefit from being able to watch games they know will flow at speed with players running across top quality turf.”

Wales scrum half Mike Phillips stated: “The Millennium Stadium is the greatest international rugby stadium in the world and with the brand new hybrid pitch there can be no doubt that Wales have the very best playing environment to rival all the other rugby nations”.

Deputy Minister for Culture, Sport and Tourism, Ken Skates AM, said:  “It’s going to deliver us enormous benefits in terms of increased activity here at the stadium. It’s worth £130m at present to the Welsh economy with 1.3m visitors every year. With a pitch of this standard, we’re able to increase the number of events and the range of those which are held here.”

Wembley Stadium, Twickenham, Dublin’s Aviva Stadium and Real Madrid’s Bernabeu are among the other big stadiums in Europe who have a hybrid system pitch.