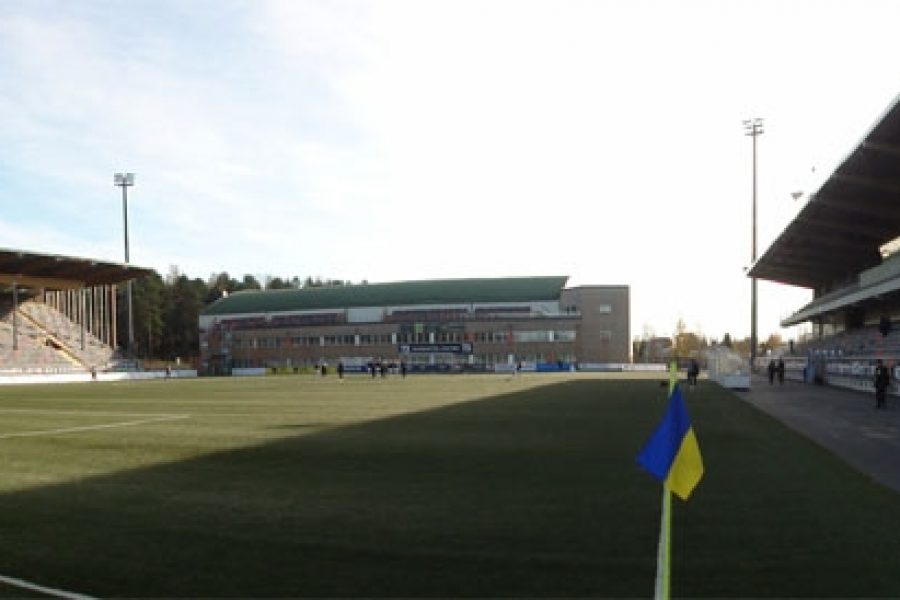 T3 Arena, formerly known as Gammliavallen, was inaugurated June 7, 1925. It is Umeå’s main football stadium, the city located in the North-East of Sweden. The ground holds a capacity of about 9000 spectators, though its attendance record peaked to 12,127 spectators in 1996 when Umeå FC met IFK Göteborg in the Swedish football top division.

From 2003, the Gammliavallen has been equipped with synthetic turf. From 2009 to 2011, renovations and refurbishments took place at the stadium. The athletics track was removed since it was decided to build a new one next door. The football pitch was then moved closer to the main grandstand while the older stands, which were moved to the nextdoor athletics facility, were replaced by wooden stands. During the same period, in 2009, the synthetic turf pitch was replaced by one that meets two-star quality status in accordance with FIFA. This means that the pitch is qualified to host European club tournaments.

As a result, elite players of international women’s football have been regular visitors to Umeå, as Gammliavallen has been the venue for the UEFA Women’s Champions League final three times already. On a regular basis, T3 Arena is home to the very successful women’s football side Umeå IK in the top division (Damallsvenskan) and Umeå FC in men’s football.