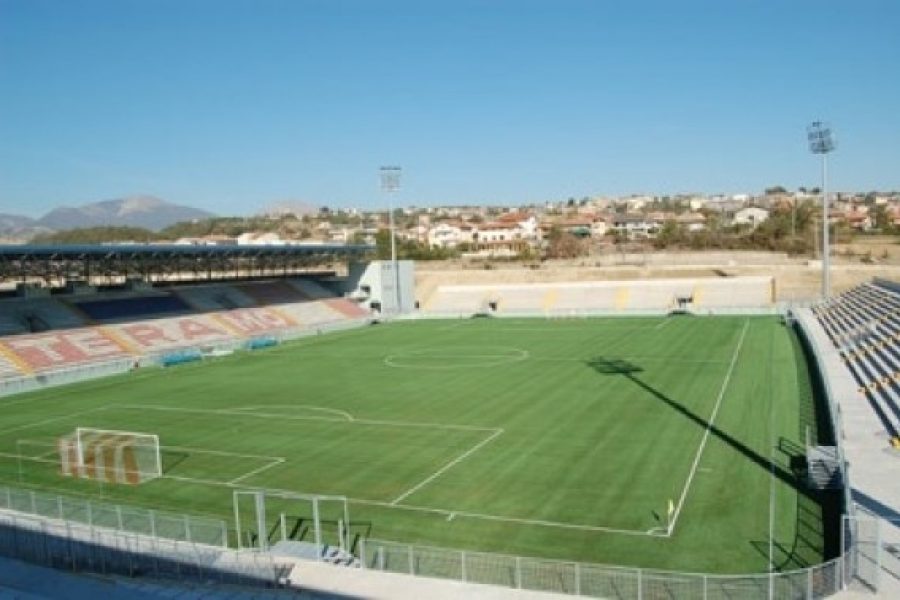 The Gaetano Bonolis Stadium is a football stadium in the town of Teramo, in the Abruzzo region of Italy, currently approved for 7,498 seats, but with a maximum capacity of 13,000 spectators.

The stadium was built on behalf of the town of Teramo. April 14, 2006 saw the signing of the agreement for the construction of the stadium and the nearby shopping centre. In September 2006, work began on the construction of the new stadium. The inauguration of the new stadium was on Thursday, March 27, 2008 with a triangular tournament between Teramo, Valle del Bullock and Celano. The first official competitive game (Italian third division) was held on April 20, 2008 against Viareggio and ended in a 1-0 win for Teramo.

The stadium is equipped with a synthetic turf pitch, which notably enabled concerts to be taking place on the field. Indeed, the stadium has hosted concerts of important Italian artists without having to change the turf afterwards, as the synthetic grass remained undamaged.

On 31 January 2014, the city council of Teramo has decided to name the Stadium “Gaetano Bonolis”, after the name of the Teramo historic team doctor, who passed away in 2013.

In November, 2015, began some renovation works on the stadium that concern: a new lighting system on the playing field, installation of supplementary benches, the construction of a new video surveillance system, and a new sound system.

Re-Match Turf Tips: What to look for when replacing turf?
Scroll to top