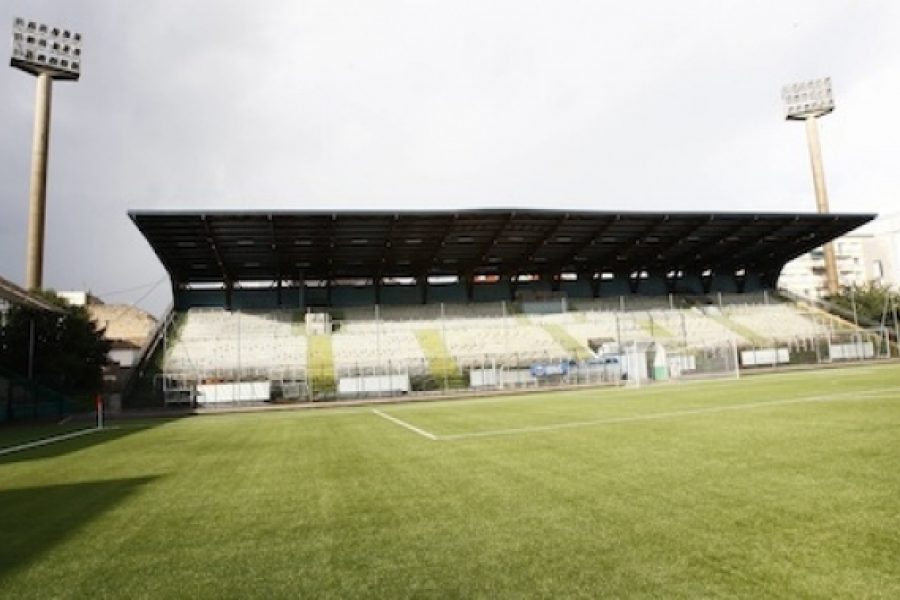 In the city of Paris, the Red Star FC may not be the most famous football club, unlike Paris Saint Germain (PSG), but it is nonetheless a historical club in France. Indeed, it was founded in 1897 by Jules Rimet and spent more than 50 years in French professional football, winning the French cup 5 times. The club is now playing in third division and is looking to rise back to its past glory and maybe compete with PSG for local supremacy.

To develop the club in this regard, Red Star FC took the initiative to appeal to the local municipality to install a synthetic turf pitch in the stadium it has been occupying since 1909, the Bauer stadium in the town of Saint-Ouen, on the outskirts of Paris. After the municipal council voted in favour of the project and allocated a budget for it, the new surface was installed during the summer in 2011.

This decision to install synthetic turf falls within the development project of the club as the president Patrice Haddad outlines: “to keep growing, it is important to improve the infrastructures, starting with the playing field. The installation of a synthetic turf meets our double aim: to offer better training and match conditions to our first team, but also to make the Red Star a real home, where all of our licensees can benefit from conditions equal to those of the first team”.

To promote entertaining matches and strengthen the youth development policy, such are the objectives pursued through the installation of a synthetic turf pitch of quality equivalent to the FIFA 2-star standard. The club’s technical manager, Patrice Lecornu confirms this: “the matches will be more pleasant to play for the players and spectators to follow, the game will be more attractive”. “This is a chance for all our youth development policy. As we enjoy a high quality field for all our teams, we will be able to work in depth on the philosophy of play we want to implement”.

Moreover, between November and March, postponements are avoided as well as weather-induced damages to the pitch. The field can actually be used more than forty hours per week.  With this surface, the quality of play is privileged by the club.

A first-time project for women’s football in Germany