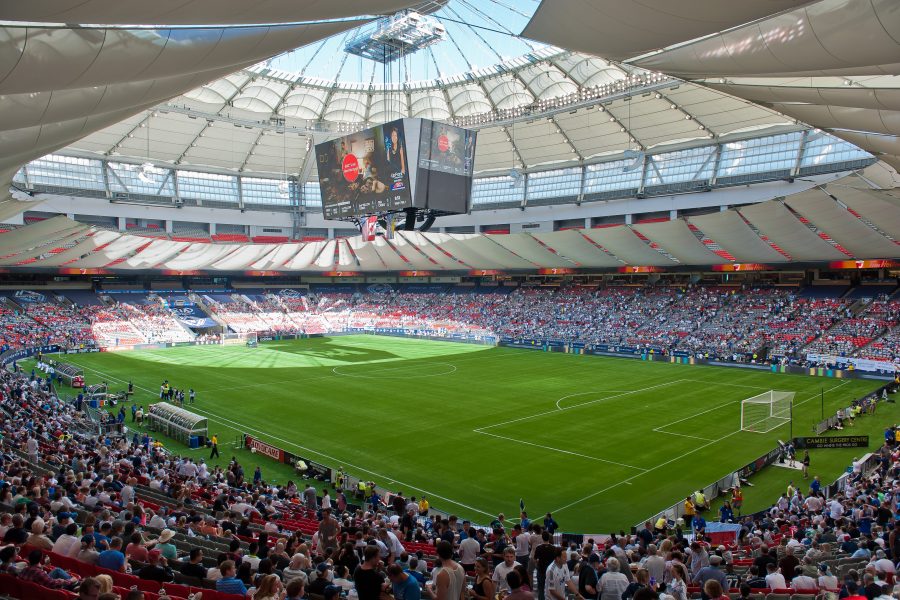 BC Place, one of the most modern multipurpose arenas in the world and able to hold around 54,500 spectators, was the venue for nine games in the FIFA Women’s World Cup in June and July 2015, including the final match on 5 July. The US women’s team beat Japan 5-2 in the final match to take the coveted trophy home with them for the third time. What was perhaps the best goal of the World Cup helped them to secure the title. It was scored on a brand-new synthetic pitch from Polytan: a precision shot from 48 metres which flew straight into the opposition net.

The decision to replace the synthetic turf just before the finals was made for two reasons: firstly, it meant that the international elite of women’s football could compete on a latest-generation turf with optimum playing qualities on a par with a real grass pitch. Secondly, the city was awarded the “World Rugby Sevens Series” in March 2016 – a world-renowned sporting event for which the international governing body of rugby union, World Rugby, requires a pile height of 60 mm. The LigaTurf RS+ CoolPlus system was installed at BC Place – further enhanced by a bi-colour version in a rich, natural shade of green, the ultra-modern Infill Bionic Fibre granules and the required pile height of 60 mm. The infill in particular provides an even softer and naturally springy surface.

This is attributable to the organic structure of the EPDM infill granules, a new product of exceptionally high quality. These are irregularly shaped, in contrast to the angular, evenly cut shape of conventional infill. This makes them feel very pleasant to the skin, just like naturally grown materials. Another advantage of Infill Bionic Fibre is that more water adheres to the granules, which means that duels with tackling are possible to almost the same extent as on real grass. Even when dry, however, the turf is noticeably less blunt. Based on a 30 mm thick in-situ elastic coating, the system design ensured that player safety was guaranteed at all times throughout the tournament, effectively avoiding excessive strain on the players.

This high-quality turf will certainly bring future benefits for the two sports clubs whose home ground is BC Place: the Vancouver Whitecaps FC soccer team competing in Major League Soccer, and the BC Lions Football Club of the Canadian Football League.

The new synthetic turf system installed for the FIFA Women’s World Cup Canada 2015 by Polytan and their local contracting partner, Centaur Products, was not the first professional sports surface laid by Polytan at BC Place, however. Back in 2011 the stadium was extensively renovated and was fitted out with LigaTurf RS+, the predecessor to the system installed for the World Cup. This turf was awarded the FIFA RECOMMENDED 2 STAR quality seal three times in succession between 2011 and 2014, allowing it to be used at any time for international sporting events such as the Canada v Germany international women’s football friendly in June 2014.