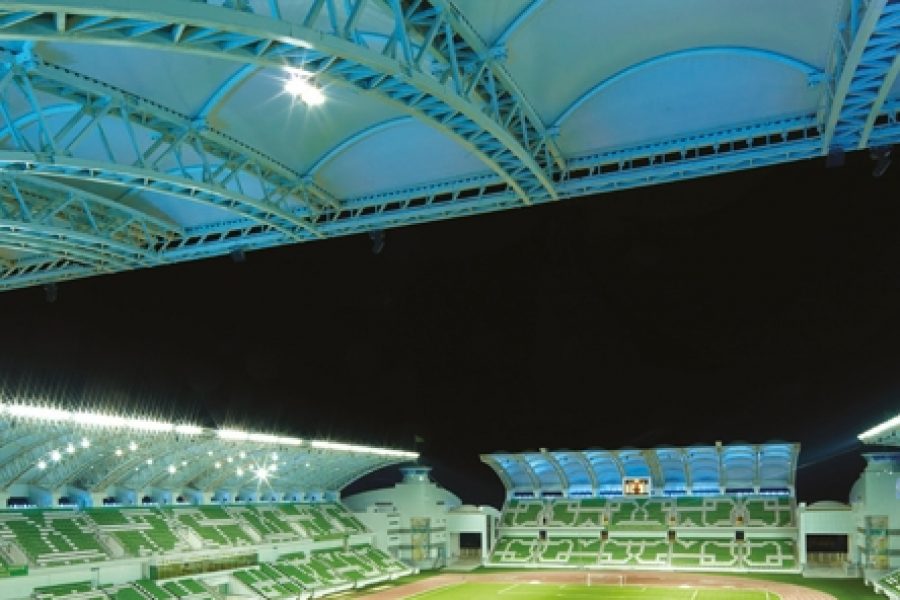 The Ashgabat Stadium and Sports Complex are located in Turkmenistan’s capital and largest city Ashgabat. These facilities constitute the country’s largest sports hub as they cover an area of 380,000 m2 across the Southwest of the city.

In February 2011, works began within this sports complex to build five football pitches with two of them being synthetic turf fields. This project took three months to be completed. As it stands, the sports complex has five 68 x 105 meter football fields, two with synthetic turf and three with natural grass, as well as two athletics tracks and four open tennis courts. As well as these outdoor facilities, located there are also: an indoor tennis court, volleyball and basketball courts, a badminton hall, boxing and wrestling rings and fitness facilities.

But the masterpiece of this sports hub is the Ashgabat Stadium which is a 20,000-seater multi-purpose stadium. This was also built in 2011 and was inaugurated on the 28th of October with a massive ceremony for the occasion. This stadium, equipped with a synthetic turf pitch, hosts International football games of the Turkmenistan national team. The ground also hosts football matches of Ashgabat’s different clubs FC Ashgabat, FC Altyn Asyr and FC Ahal, all playing in the Ýokary Liga (football top-tier in Turkmenistan).