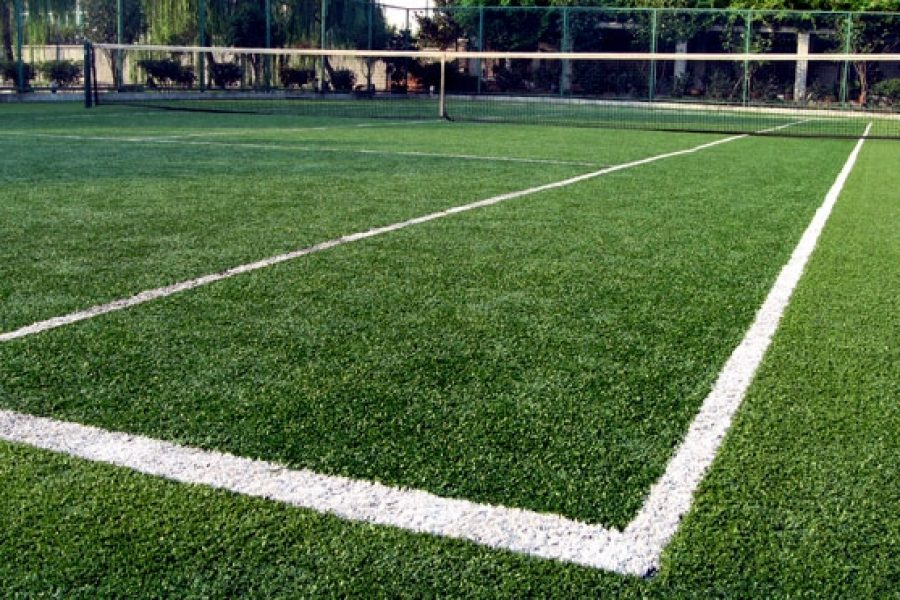 Tennis is played on a variety of surfaces and each surface has its own characteristics, which affect the playing style of the game. There are four main types of courts depending on the materials used for the court surface: clay courts, hard courts, grass courts and carpet courts.

The US Open is the only one of the four majors to have been played on three surfaces; the tournament was played on grass from its inception until 1974, on green clay until 1977, and on hard courts since the tournament moved from the West Side Tennis Club to the National Tennis Centre in 1978.

When it comes to grass tennis courts, synthetic turf has a hard act to follow. Tennis fanatics who follow play at Wimbledon, for example, love the fast game that natural grass provides, the fact that the surface stays cooler than many others, and the fact that there isn’t any glare, even on the brightest day. It is, they believe, the way the game of tennis was meant to be played.

Looking beyond all the things the tennis idealists’ value, however, grass tennis courts have the same limitations as other natural athletic fields, including the need for daily care and regular maintenance, and the requirement that they be allowed to rest between periods of heavy use. Like all natural fields a heavy rain can put grass courts out of action temporarily, since trying to rush them back into use results in a muddy surface that can be dangerous to the athlete and damaging to the grass.

It would seem, then, that artificial turf would be a runaway favourite as a surface in the U.S.  But we don’t hear as much about the use of artificial turf in tennis installations as we do in field sports, such as Football, American Football, Baseball, Field Hockey, Lacrosse and more.

It has been said that players sometimes complain that the artificial turf is so unique that it requires a considerable adjustment to their game. Also, unless the surface is well brushed, any imbalance of fill will result in irregular ball bounce and non-uniform traction.

As with turf facilities used for other sports, there are multiple advantages, including the ability to permanently line the facility for play, and not needing mowing or weeding. There are also the disadvantages including the warmer playing surface, the need to keep the turf clean of impurities, and the higher cost to repair damages caused by improper use, vandalism, etc. And while NFL players have been surveyed regarding their preferences of natural vs. synthetic fields, tennis players have never been given such a poll, so player opinion data isn’t available and therefore we do not know the players’ preferences.

It is important to know that an artificial turf tennis court will not produce the same game as a grass court. Also you cannot assume that it requires no maintenance. Artificial turf produces its own unique game, and accordingly, it takes a unique upkeep regimen.

Some say that artificial turf tennis courts are more popular in Europe than in the United States. Lacking a demographic study, however, that’s a difficult claim to verify. What we do know is that most of the natural grass courts in the U.S. are either privately owned, or are in clubs but artificial turf can be used in both these settings as well.

Therefore the choice of surface all comes down to the different utilisation needs. Natural grass is preferred when there is little or no heavy foot traffic, when maintenance costs are low, when there is plenty of water for irrigation, and when run-off of fertilizers and/or pesticides is not a problem. Conversely, artificial turf has the advantages of being able to withstand heavy traffic, to require less maintenance, and to not need mowing, water, fertilizers or pesticides.