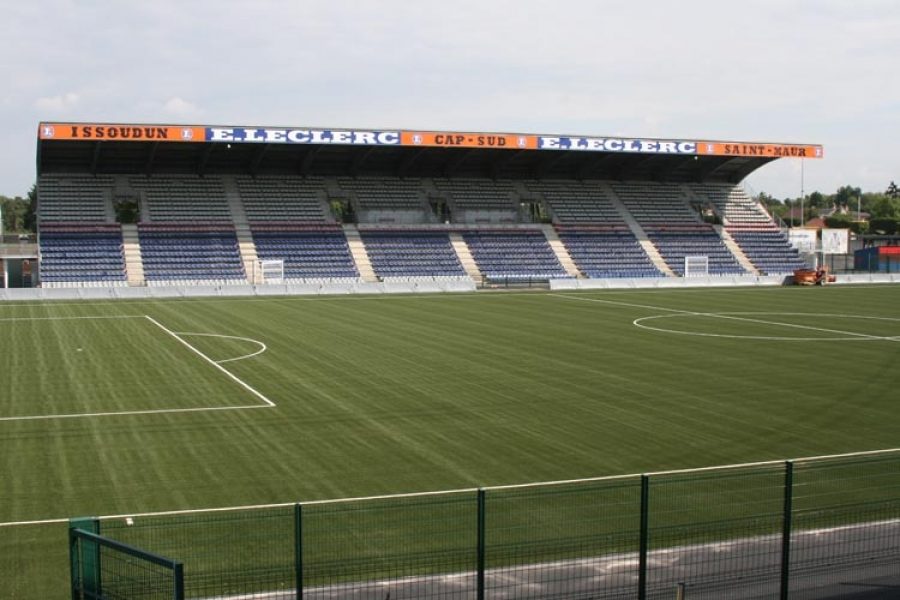 Synthetic turf is a playing surface that has entered French professional football for a few seasons now. The trend started with clubs FC Lorient and AS Nancy Lorraine each installing a synthetic turf pitch in their stadiums for the 2010-2011 season. A third professional club, La Berrichonne de Châteauroux, continued the trend later on.

This French 2nd division football team, based in the town of Châteauroux in central France was founded in 1883 as a multi-sports club, plays its home games at the Stade Gaston-Petit, that can hold up to 17000 spectators. The club decided to install a synthetic turf pitch for the start of the 2011-2012 season instead of the natural grass pitch in its home stadium which belongs to the city of Châteauroux. The club is now playing its fourth season on the same surface that has therefore brought satisfaction to the user.

Indeed, this new surface, certified FIFA 2 star ranking, has brought quite some advantages to the club. Such improvements include a pitch now usable the whole year with drastically reduced risks of postponements of games due to weather conditions, near non-existent maintenance expenses and considerable energy savings notably because there is no longer any need to heat up the pitch in winter.  The durability of the surface is very interesting too, “the pitch is guaranteed to last at least five years” says club vice-president Daniel Baujean. “But we know that the life expectancy of the current field with this quality, is much longer. We do not think at all about its change. »