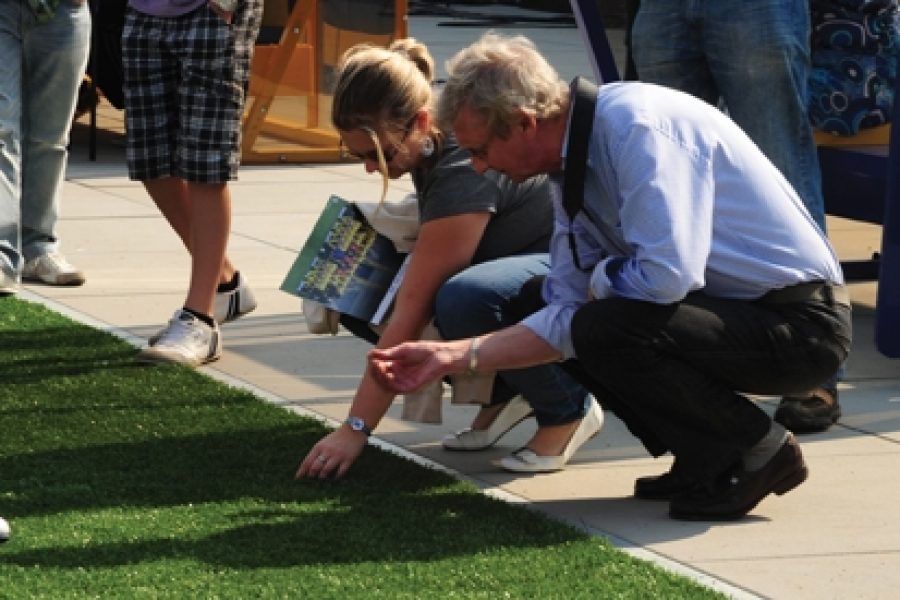 Already popular in the sports industry for many years now, synthetic turf extends its range of application. It is increasingly common to find nowadays in gardens, on terraces, around pools etc. Municipalities have also started having an interest in synthetic turf for public areas and green spaces. Shops, stores and events happening in the city are also looking to use synthetic turf as decoration. The arrival of the latest generation of synthetic grass gives a very realistic result, simple and comfortable use.

The use of synthetic grass is already highly developed in some of our European neighbour countries, such as Spain or England. France is behind in this area because of its attachment to natural grass.

Today, 80% of the sales and applications of synthetic turf for landscape in France is for private individuals. They are attracted to the practical side of a maintenance-free and green grass all year long. Municipalities are starting to be interested in synthetic turf for green areas such as parks and playgrounds.

Maintenance – The focus for all