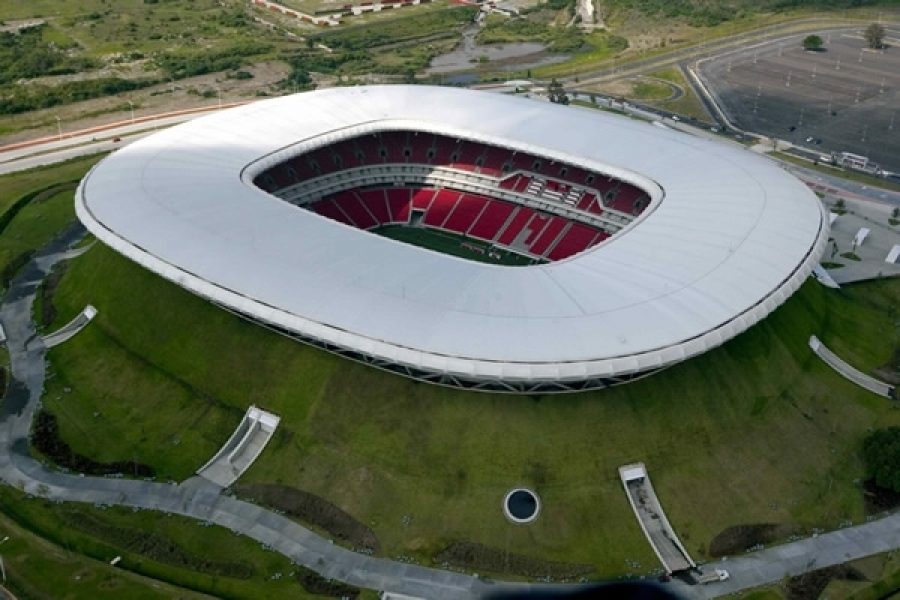 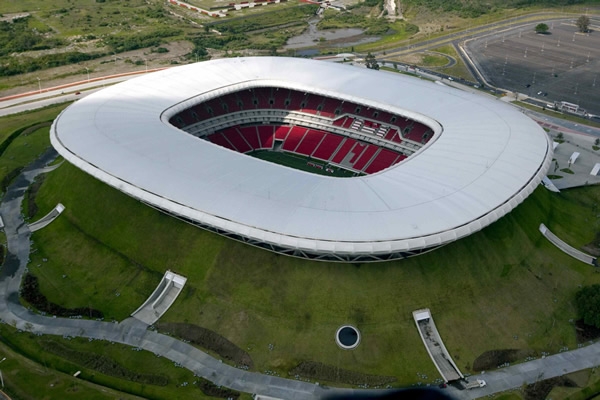 The iconic home of Football club Chivas in Guadalajara, Mexico is a true landmark, as it resembles a volcano. Since its inauguration, it has been the centre for many sporting highlights, such as the inauguration match between Chivas and Manchester United, the Copa Libertadores and the FIFA U-17 World Cup.  Estadio Omnilife is perfectly integrated into its environment, the green surroundings providing the inspiration for the stadium’s design.

Given the harsh climate in Mexico and also for economic reasons, synthetic turf was an obvious choice here. Playing on a synthetic turf pitch is always possible, no matter what the weather conditions. The surface was chosen for its natural playing characteristics enabling technically perfect football and its durability. The pitch enables Chivas to have both training and matches in the stadium. Thanks to the synthetic grass, the stadium has a pitch that remains in optimal condition, regardless of the weather and all year round. 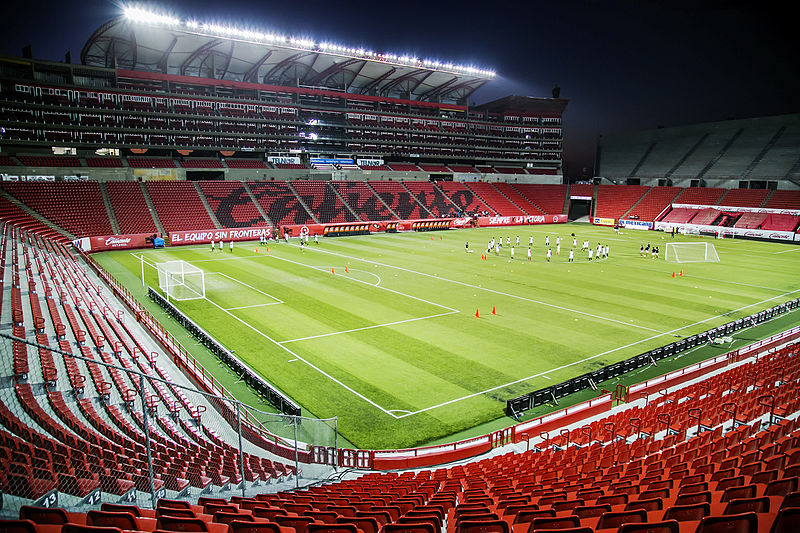 Estadio Caliente in Mexico only had one ambition: becoming home of the first professional football club in Tijuana. With the expansion of the stadium to a capacity of 33,333 seats, the stadium was on the right track. The choice for synthetic grass suited their strategie and today Estadio Caliente is home of Club Tijuana, the city’s first football club in the Mexican First Division.

Many important games were played on the pitch in Tijuana as the CONCACAF U-17 Cup where youth teams from North and Central America and the Caribbean competed for the championship of the region. Moreover, qualifications for the FIFA U-17 World Cupwere also played in the Estadio Caliente.

Development of Synthetic Turf in the Aviva Premiership Rugby

ESTO celebrates another fantastic year with 2015 Awards
Scroll to top