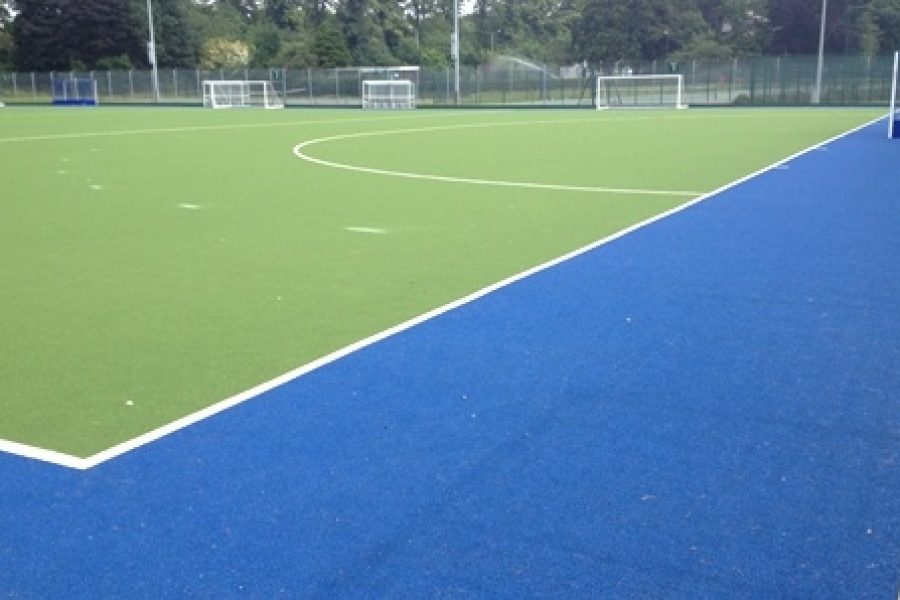 In the early 1970s synthetic turf fields began to be used for hockey. The first Olympic Games on this surface have been at the1976 Montreal edition.

According to several critics synthetic turf makes field hockey faster and decreases the amount of disruptions. Synthetic pitches are now mandatory for all the international tournaments and for most of the national competitions. While hockey is still played on grass fields at some local levels and lesser national divisions, it has been replaced by synthetic turf almost everywhere in the western world.

The game has deeply evolved through the introduction of synthetic turf fields. In order to take into account the specificities of this surface new tactics and new techniques have been developed and new rules have been settled.

There are three main types of artificial hockey surface, namely unfilled or water-based, dressed or sand-dressed and filled or sand-filled surfaces. The International Hockey Federation (FIH) hopes to see further development in synthetic turf in the near future primarily in relation to the use of water. At present, all global level turf and pitches and some at national level require the application of water to achieve the performance requirements. FIH is therefore undertaking research and consulting with the synthetic turf industry to develop a specification for a global level turf which does not require the application of water. In doing so, the playing characteristics of the game and the safe actions of players will be taken into account.