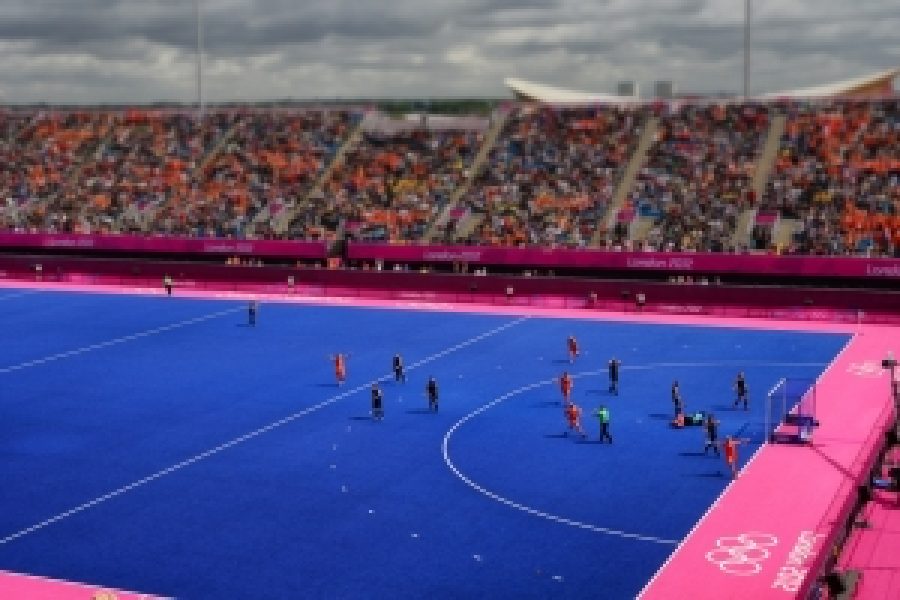 Building on the success of the London 2012 Olympic Games experience, the innovative synthetic turf technologies used will be the same for the playing surface for hockey competitions during the Rio 2016 Olympic Games, at the Deodoro Olympic Park.

Two pitches and one warm-up area at Deodoro, as well as two additional pitches to be built at the Federal University of Rio, will benefit from a comprehensive playing surface that consists of specific high-performing materials formulated together in multiple layers. The surface system is designed to deliver enhanced durability for increased pitch life, and a consistent field-of-play throughout the busy Olympic competition schedule.

The internationally-certified synthetic turf system offers colourability, enabling customized aesthetics and design for the playing surface. London 2012 marked the first Olympic hockey competition in history to be played on blue and pink turf. The blue colour enabled players, officials, spectators and the media to keep their eyes on the ball more easily, because it provided a high level of contrast against the yellow ball and white lines.

Beyond the Olympic athletes, citizens of Rio will largely benefit from the innovative playing surfaces to be installed in Deodoro, as the Park will remain as one of the main legacy projects for the city after the Games have concluded.