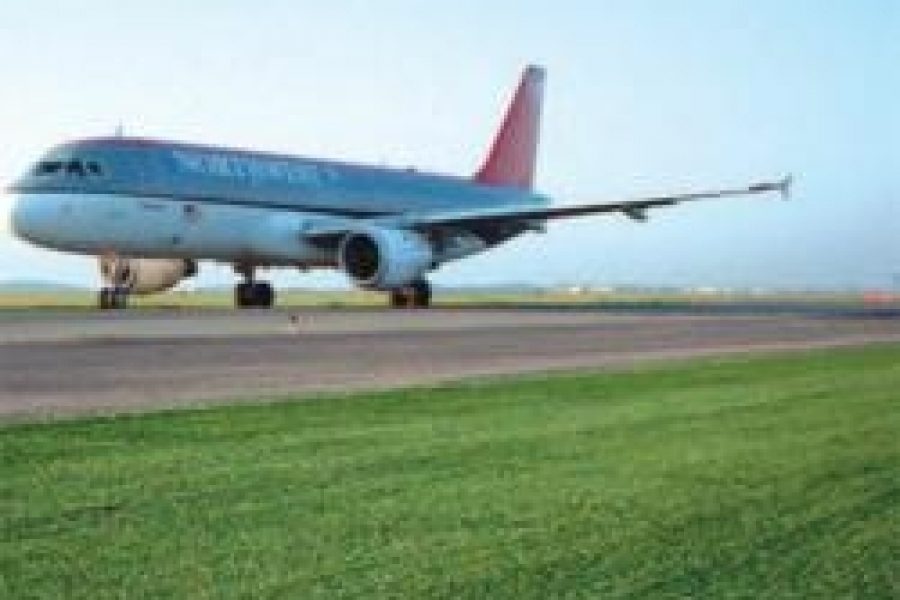 Over the last few years, a number of U.S. airports have started to consider the use of synthetic turf to control and mitigate a number of specific airside problems. These problems, such as lack of drainage or serious soil erosion, could not be typically solved by conventional methods in a cost-effective manner. At airports, the extent of using synthetic turf has been limited to small demonstration projects mostly paid for by the synthetic turf manufacturers themselves. Each demonstration project was focused on one or more specific airport airside problems. The broad categories of problems were soil erosion, jet blast erosion, lack of drainage, foreign object debris reduction, visual enhancement, and wildlife mitigation.

The Federal Aviation Administration (FAA) does not have specific standards to accept, install, and monitor synthetic turf. As a result, this study was conducted with the specific objectives to investigate the potential applications of synthetic turf at airports, to identify safety concerns, to address cost-effectiveness compared to other standard alternatives, and to list applicable acceptance and performance tests and standards.

There are several airports in the United States who have carried out synthetic turf developments projects. The followings are below: