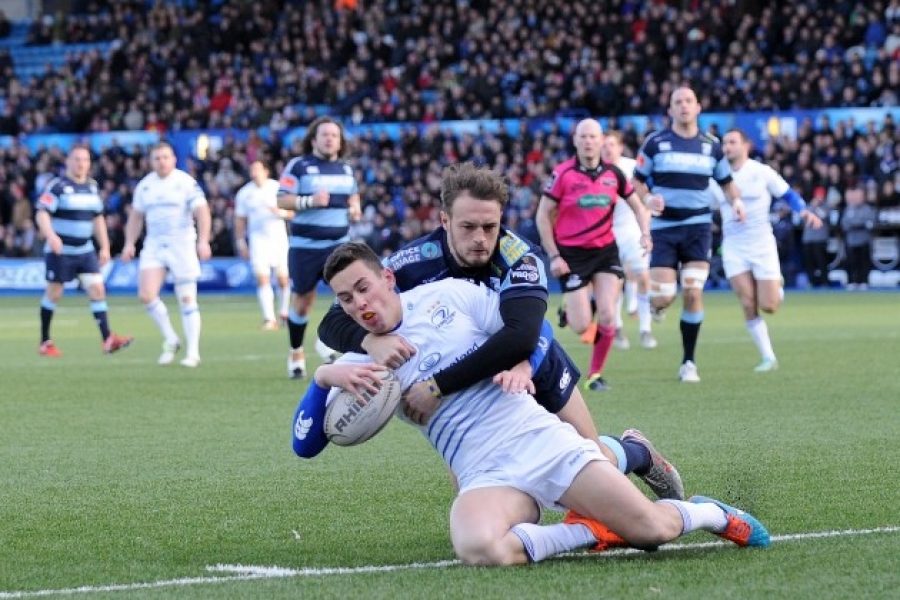 The naked eye does suggest that rugby on synthetic pitches is faster, an idea the statistics firmly underline. The first point is that recent research has proven that if you look at the stats of the matches that are played on synthetic pitches compared to those that are played on natural grass you can notice that the ball is in play a lot longer. Secondly, the GPS numbers – as far as running [distances and speeds] and collisions – are significantly higher and therefore preparation is different when playing on a synthetic pitch.

This type of news is positive for the majority of backline players, and the likes of wings Chris Ashton and David Strettle have prospered at Allianz Park as Saracens’ tactics have adapted to fully take advantage of the increased pace. Sarries’ big ball carriers help them to generate swift forward momentum, where after their increased willingness to pass the ball into wide channels becomes hugely effective.

In terms of the forwards’ contributions, scrummaging will be a small bit different. With increased grip, the numbers identify fewer collapsed scrums, but individual players have had difficulties in adapting. Hookers have a particularly difficult adaptation from grass to fibre-grass, given the unique demands on them at scrum time.

Recently, after Saracens, Newcastle Falcons became the second Premiership side to install a 3G synthetic surface, while other clubs in England and the wider world are investigating the possibility.

All the information says it’s safer than natural grass, a faster game, and forwards prefer to scrummage on it because they’re getting more consistency.

It is believed by players and coaches that playing rugby on synthetic turf creates a faster game, which will lead in time to quicker handling. Therefore the future rugby players that play on synthetic surfaces will be playing a different type of game

Given that a synthetic pitch is up to €50,000 less expensive than a grass surface in terms of maintenance each year, there is increasing interest and people are confident that another five pitches will go on the ground this year in rugby.

A further advantage is that synthetic pitches can handle 40 hours per week of training time, whereas a grass pitch can handle considerably fewer, particularly in the winter months.

Saracens, Newcastle and Cardiff have started the trend in the professional game and it remains to be seen how many follow them in the near future.