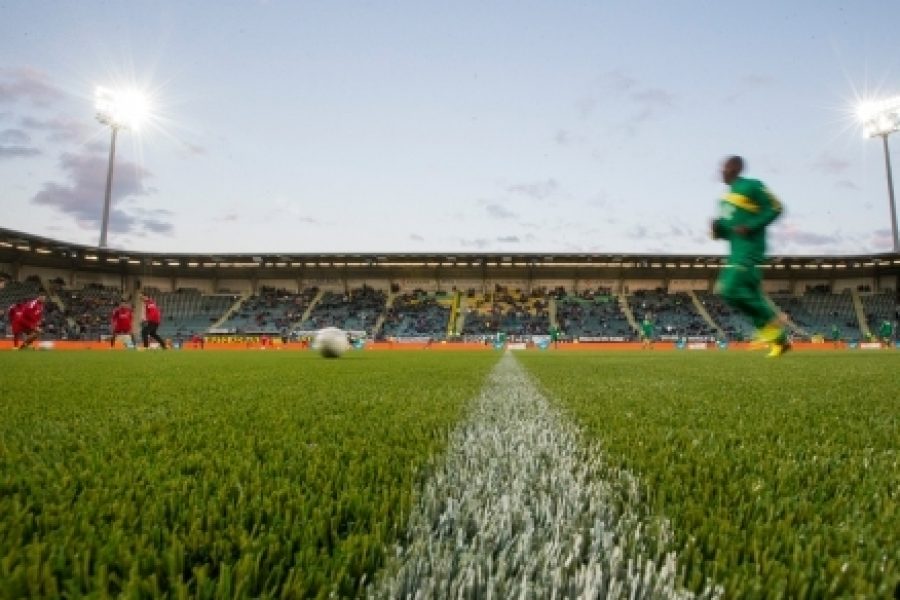 Sometimes, the busy schedules of professional football club stadiums make it difficult for one to undertake some renovation works within the venue during the season. However, excellent collaboration between the different stakeholders of a stadium may overcome such issues.

For example in the case of ADO Den Haag (Eredivisie, Dutch first division) and their home ground the Kyocera stadium, a solution was found to install a synthetic turf with record speed in the middle of the season. Indeed, optimal coordination between the city of The Hague, the turf manufacturers and installers as well as the club, ADO Den Haag, enabled the process of manufacturing and laying of the new surface in the stadium to be done in only two weeks. Also, stretching a cover above the field made it possible to work at night and in bad weather.

As a result, the synthetic grass system was approved by the Royal Dutch Football Association, KNVB, on Monday 21 October 2013 and delivered two days later. Five days later, ADO Den Haag were able to play at home against FC Twente on a brand new, nice and smooth, football pitch with a few training sessions taking place on it beforehand. After training, both team and coach said they were very happy with the new pitch.

Hugo de Vries, business development director behind the project: “This is really a joint achievement of the highest quality. It has also turned out to be a top-quality pitch, thanks to the nature of the substructure, the shock-absorbing layer on top, especially designed for sports, and the high-quality artificial grass fibres, which has proved its worth in professional football worldwide.”