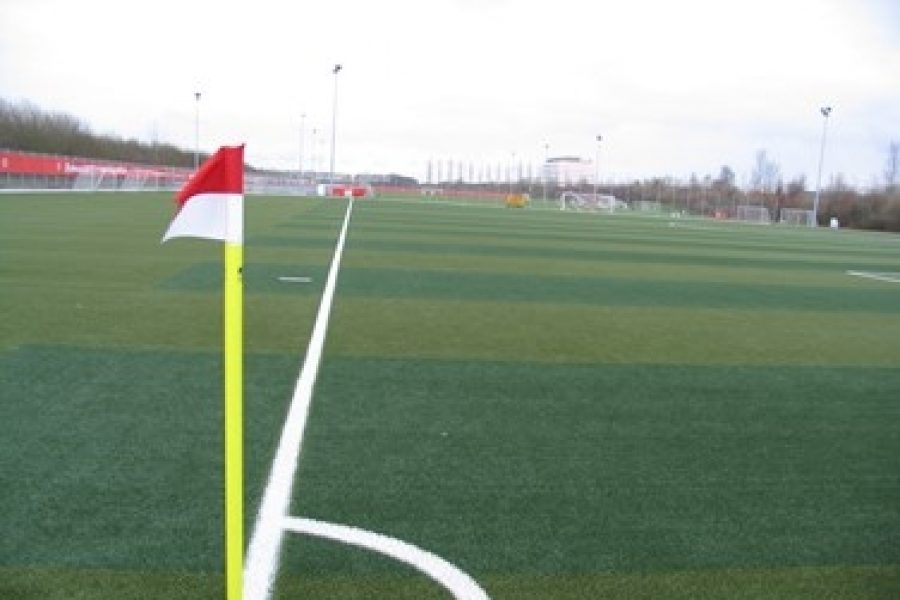 Bayer 04 Leverkusen is no exception to this general consensus, the year 2010 saw them installing a new synthetic turf at their training centre. This investment was part of a wave of installations of synthetic pitches at big German football clubs’ training centres. Indeed, clubs such as Bayern Munich and Schalke 04 also opted during this period to get such pitch incorporated to their state-of-the-art training facilities.

Reason behind Bayer Leverkusen’s decision to get a training synthetic field was that it now enables the professional squad to train outside all year round. For example, during the winter months, even if snow has just been cleared off the synthetic pitch, training conditions would be very similar in terms of playing surface than during any other months of the year. The squad would not anymore be forced to start the year indoors after the winter break, it would now have the choice to also train outdoors.

Another good reason for installing this synthetic turf in the case of Bayer Leverkusen is to be able to get prepared to play on such surface in competition matches. Indeed, Bayer Leverkusen is used to playing in European competitions. This infers that there is high probability of having to play away games in Russia or Ukraine for example where a lot of teams play their home games on synthetic turf. In order to avoid being surprised by playing on that surface, Bayer Leverkusen can therefore spend their days prior to the game training on their synthetic pitch to be well prepared for a game on this surface.

A real “jewel” classified FIFA 2 Star for US Millery-Vourles

The Gaetano Bonolis stadium in Teramo, Italy
Scroll to top