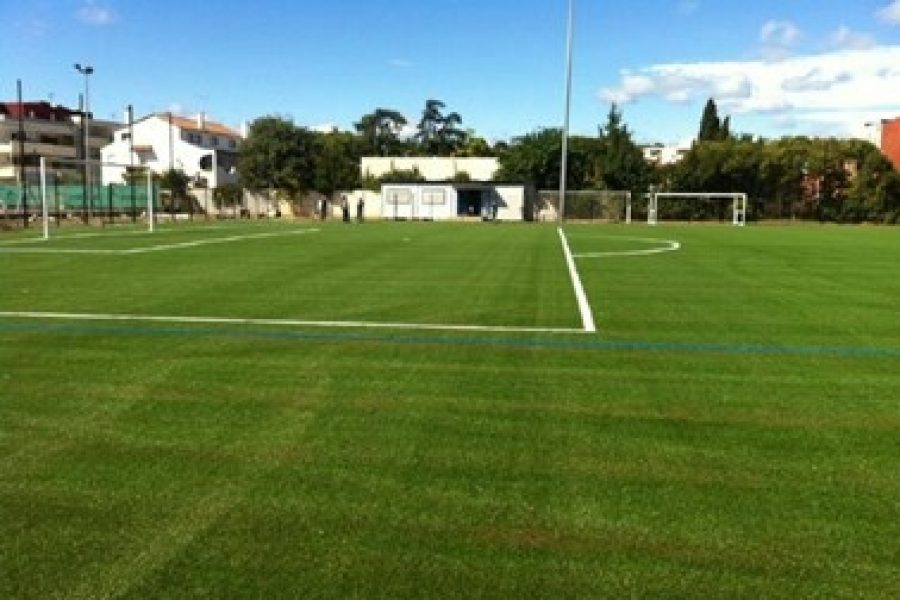 Best amateur youth club of the football league of Languedoc – Roussillon (region in Southern France), the club has always been financially supported by the town of Castelnau with indirect annual aid and over € 100,000 grant.

Since the arrival of its new president Serge Guiseppin, a first step was to build the new headquarters of FC Castelnau, inaugurated by Louis Nicollin (Montpellier HSC owner) in September 2013.

Then came the inauguration of the new football field with synthetic grass in October of the same year and the changing rooms built at the Jean Fournier sports complex.

This new synthetic turf pitch was the perfect tool to maintain the current standards of football within the youth categories of the club. Indeed, the young footballers can more easily acquire basic technical skills and therefore be a step ahead of the youth of other clubs, often training on damaged and uneven pitches.

Currently using these football fields, the club wished to improve the hosting conditions, which meant adding a new building with a living space, a refreshment bar, an office and a storage room.

The Programme of the ESTO CONGRESS and WG Meetings – Brussels –...
Scroll to top