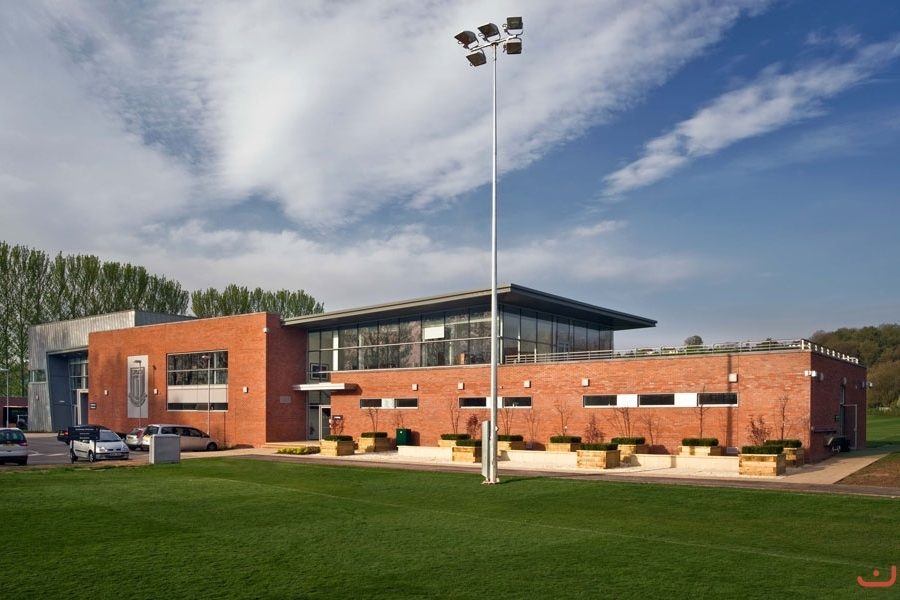 In an effort to expand their training complex, Stoke City FC have in recent years launched a project of investments and modernisation aiming for first class facilities at the so-called Clayton Wood training ground. Through this, the Premier League club was looking to achieve a Category One status in the Premier League-driven Elite Player Performance Plan (EPPP). This ambition is therefore materialised with the construction of a full-sized indoor pitch, a 1,800 square metres building featuring nine changing rooms, office accommodation, a medical centre, classrooms, a gymnasium and a dining area.

The training ground, serving as the base for the first team squad and as the club academy’s home ground, also features a synthetic pitch following the renovations, and will also shortly be equipped with additional synthetic small-sided pitches. These training fields represent for the club a significant step forward in terms of quality and consistency of training sessions for both the first team and the youngsters of the academy. Indeed, in winter, Stoke City FC was often forced to move its training sessions to the Britannia Stadium because it was their only pitch with undersoil heating and capable of offering decent playing surface conditions.  As a result, to have other options available to beat the winter, the club decided to install this synthetic grass pitch.

Tony Pulis, former Stoke City FC First Team Manager said at the time: “We are much better equipped to deal with the severe weather and that can only have a positive effect on our preparations. The new synthetic playing surface is fantastic, the top surface that you can get in the world and we have that now as an option.” The synthetic turf also provides the Academy scholars with the very best environment in which they can develop their football talents and work on their passing accuracy in a consistent manner. Nick Robinson, Stoke FC training ground facilities manager agrees: “The pitch is used on a regular basis and the players and staff think it’s great.”

As a whole, these series of renovations at Clayton Wood have earned Stoke City two construction awards: the Local Area Building Council (LABC) Business Excellence Awards for 2014 for the West Midlands, as well as for Staffordshire and Shropshire.