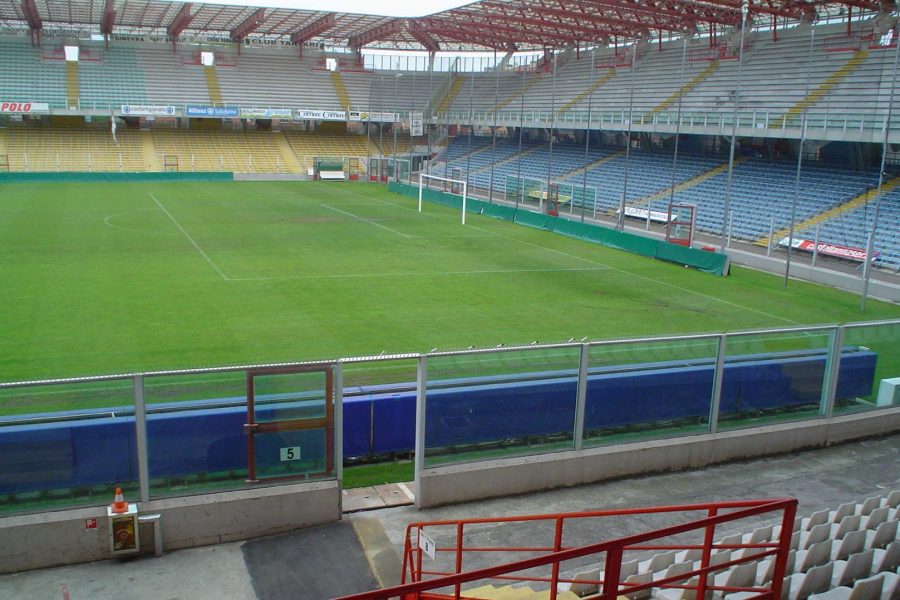 The Orogel Stadium – Dino Manuzzi located in Cesena, Italy is the home ground of  A.C. Cesena currently playing in Serie B. The stadium which can now hold 23,860 spectators was the first Italian football ground which had synthetic turf field installed.

Initially constructed in 1957 the stadium had no seats at that time, just two terraces. Only after AC Cesena won their Serie A promotion in 1973 the stadium was greatly expanded and could hold 30,000 spectators. The venue was called La Fiorita from its construction until 1982, when it became named after former Cesena president Dino Manuzzi. In 1988 the stadium underwent a complete restructuring where all of the existing stands were demolished and then rebuilt. The new capacity was reduced to 23,860 but this time those places were all-seated.

At the beginning of the 2011/12 season, the pitch was converted to a synthetic turf playing surface, with A.C. Cesena becoming the first club to do so. On 13 August 2011, at the end of the Italy – Japan rugby match, fans were allowed to enter the pitch and take a cut out of grass with them. This peculiar action was a symbolic act of commemorating the natural pitch which was then replaced with synthetic turf.

As a part of Italy’s Euro 2016 bid, the Dino Manuzzi stadium was included and there were plans to invest close to €30m on the stadium. The planned changes included an increase in capacity to over 31,000 new press boxes, VIP lounges and media boxes. This fell through after Euro 2016 was awarded to France.

Besides A.C. Cesena, another Italian club using the synthetic turf is Novara Calcio.