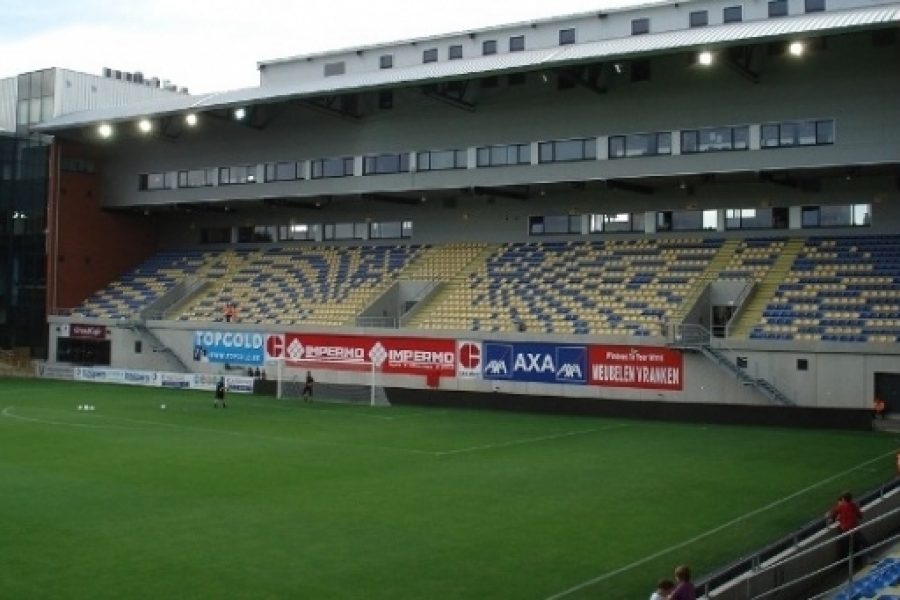 Freshly promoted into the Belgian Jupiler League for the start of last season, Sint-Truidense V.V. has been playing its home games on synthetic turf since 2011. The club just about managed to avoid relegation to 2nd division last month so its stadium, the Stayenveld (14,600 spectators), will continue to host 1st division matches on its synthetic pitch which has now proved its long-lasting benefit.

Back in 2011, the fans were still in the stands of the Stayenveld when excavators began to dig out the turf after the final game of the regular season on March 20 against Lokeren (0-2). The Canaries (club nickname) then played the playoffs 2 of the Jupiler League on the field of Westerlo.

Sint-Truidense V.V are the only team playing on synthetic lawn in 1st division. One option taken in September 2010, shortly after the decision of the Belgian Pro League to allow this type of surface starting from the 2011-2012 season. President Roland Duchatelet had then highlighted the advantages and announced the signing of an agreement with the leader on the Belgian market in synthetic turf.

“A synthetic pitch stamped 2STAR FIFA has the same characteristics as natural grass, and therefore has no influence on the game technically,” assured the president. “And it allows unlimited use. We can even enable all teams to use it: the youth, ladies, reserves and first team on the same day, without the least of deterioration. The fans could then eat or drink between the different games on the same day. I also want to add that the synthetic field is heated and usable all year round”.