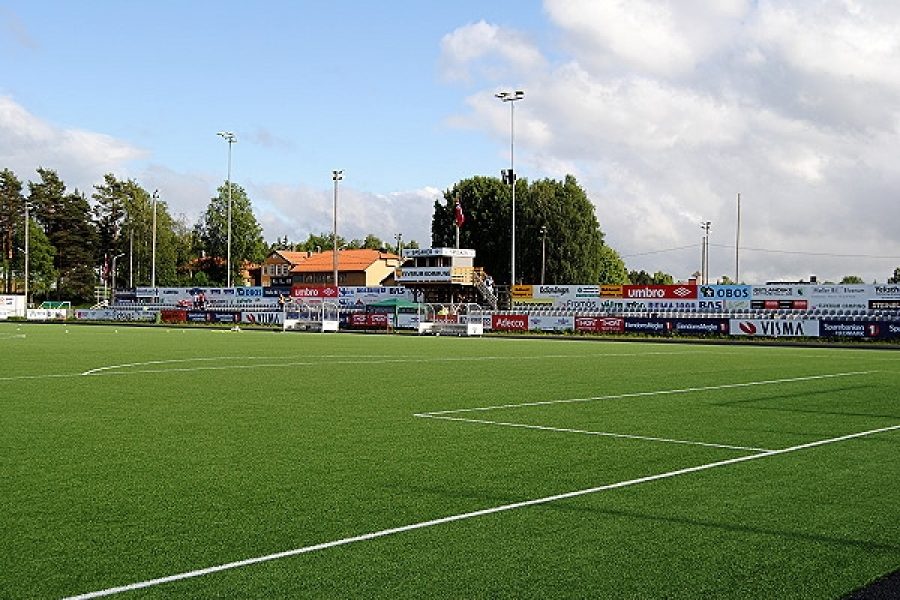 Requirements of the Norwegian Football Federation in terms of facilities for its affiliated football clubs are quite elevated, especially for professional clubs, to ensure great conditions for spectators coming to the different Norwegian stadiums to support their club. In an effort to fulfil such requirements, the football section of the Elverum IL sports club together with the city of Elverum undertook construction works to upgrade its facilities, including both its stadium and training ground.

Elverum Football, founded in 1907 and playing in the third tier of Norwegian football, has been pursuing such renovations for some time in order to easily meet the requirements of the Federation for top football facilities. In this regard, the project included the replacement of the existing synthetic turf of the club’s stadium by a new, high quality one. It also involved the installation of a second synthetic turf pitch at the training ground of Elverum Football so that playing conditions are equal from training to matches. In total, 15.000 square metres of FIFA two-star quality synthetic turf was installed for the club to meet the highest standards of playing conditions approved by the Norwegian Football Federation.

Elverum Football’s CEO Olav Brunstad has pointed out some of the advantages brought by this football equipment, such as the largely improved operating hours that the pitches can sustain: “Within two months we have got brand new, top level fields. Everyone who visits us is very happy with the new synthetic grass. We’ve now got a state of the art facility that can facilitate both top football and accommodate our huge and important junior division”.

In addition to the new playing surfaces, the renovation works carried out for the club’s facilities included the design and installation of a new building, with a state of the art media room, ticketing service and other amenities. Finally, the stadium was completed with a grand stand, with room for six hundred spectators. This whole project only took two months to be delivered, just in time for the 2013 season opener against rivals Kongsvinger IL.