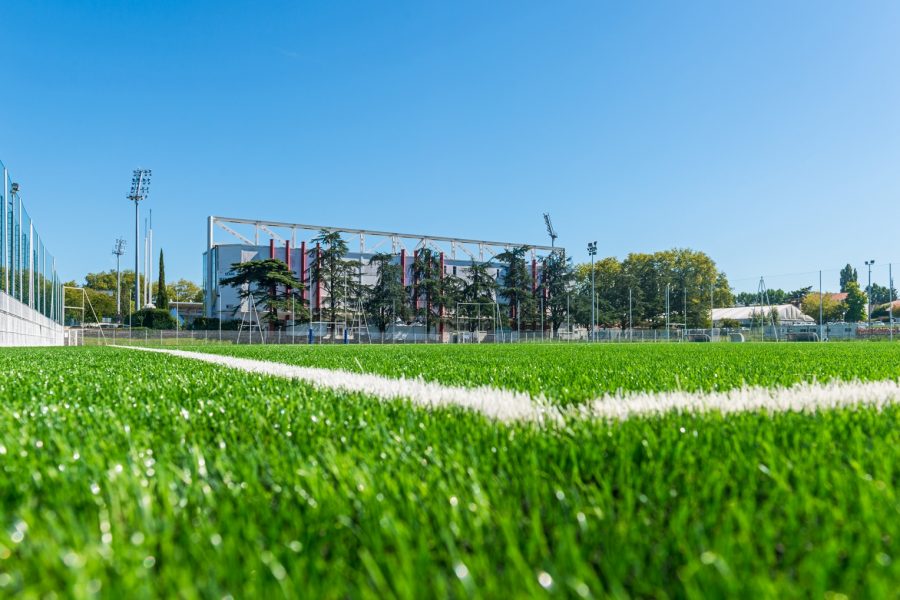 The Stade Jean Dauger is the home ground of the Aviron Bayonnais Rugby Union club and is located in Bayonne, a town of around 46,000 residents in the South Ouest of France, within the Basque Country. This is a region where rugby is probably the most popular in France, characterized by two rival clubs which have a long history: Aviron Bayonnais and Biarritz Olympique.

Since the Aviron Bayonnais was first founded in 1904, its rugby team, which now plays in the “Pro D2” league (second division), has managed to win the French championship three times (1913, 1934 and 1943). Their matches are played on real grass in the stadium, which was built in 1937 and has seating for around 17,000 spectators, whilst the training ground directly behind it was fitted out with a state-of-the-art synthetic turf system in March 2013.

This synthetic turf pitch meets high technical requirements in terms of force reduction for athletes and has excellent ball rolling/bouncing behaviour. It is the leading synthetic turf worldwide with FIFA 2 Star recertification. This type of turf is also noted for being available in a bi-colour version. Light and dark green filaments are combined within one tuft to give the pitch an even more natural appearance.