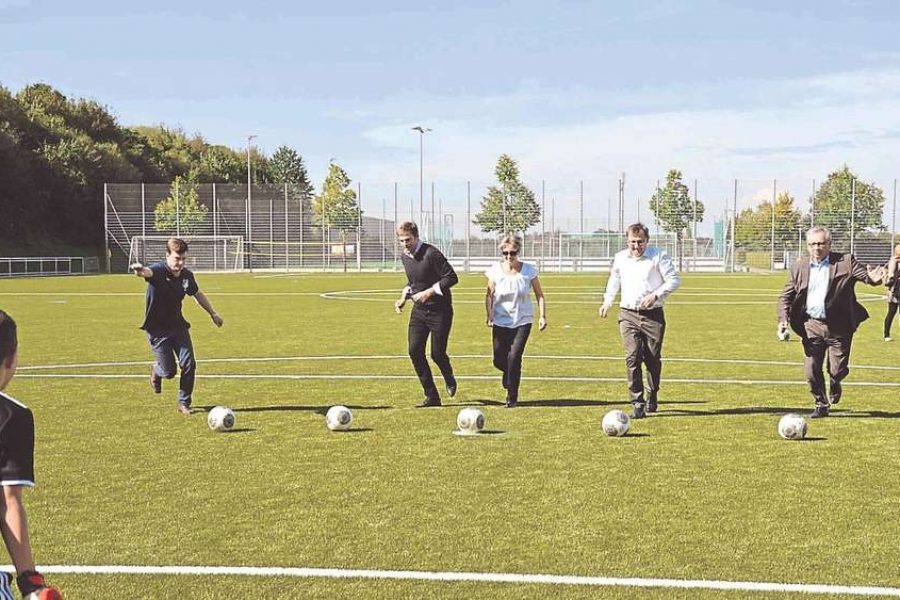 Based in the Kirchheim district of Munich, SV Heimstetten is a football club that now has a synthetic turf field since September 2014. Founded in 1967 and playing in the Bayernliga Süd, fifth division of German football, SV Heimstetten took the synthetic surface at a cost of 420 000 euros but will for now on require maintenance costs near to zero.

The footballers can now train in any weather. “To summarize, it was necessary that the high performance level of our teams had also to be reflected in the infrastructure,” said SVH Board Ewald Matejka. The previous 13-year old synthetic pitch was run down.

With 14 youth teams and the seniors team of two different clubs: SVH and the Spvgg.Kickers, both their daily training schedules and games had run down the 13-year old synthetic turf. “The previous pitch has done a great service,” says Christian Danner from SpVgg, although it was, however, responsible for numerous injuries. “Now we have the newest of the new, the Women’s World Cup in Canada will be held on this pad” said Matejka back then, proud. The new synthetic turf is also a marketing factor. Finally, the advertising film of Mario Gotze in his new shoes had been filmed here. The name of the sports park and the village of Kirchheim has now reached out far beyond the borders. “An investment that is thus double worthwhile,” affirmed Mayor Maximilian Böltl.