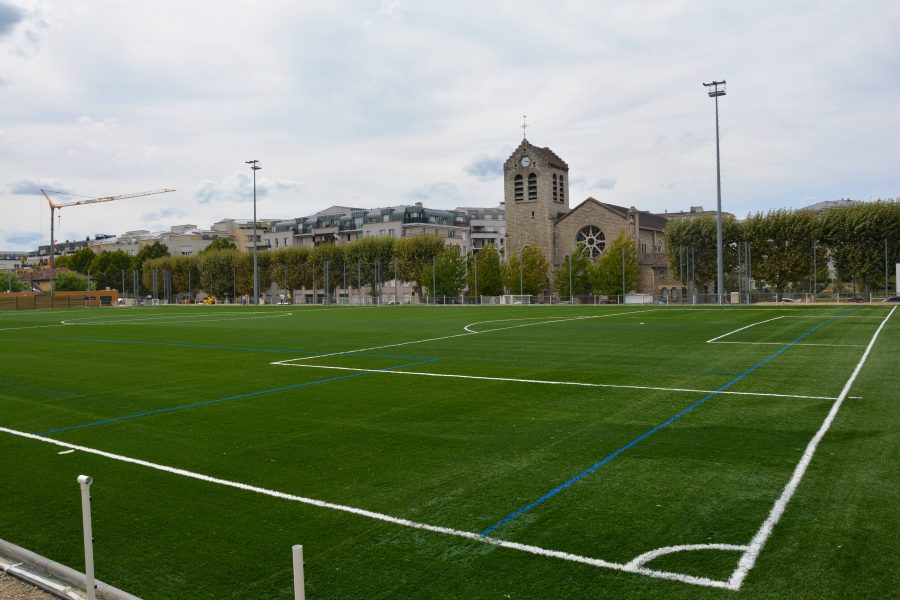 In the town of Trappes, in the suburb of Paris, the municipality launched and completed last summer the rehabilitation of a football pitch made out of gravels, into a brand new synthetic grass pitch.

At the beginning of last summer, the workers were hard at work on the Yuri Gagarin football pitch in Trappes. The municipality had indeed launched the rehabilitation of the football field into synthetic grass. “It was a degraded land, which was being misused,” says Ali Rabeh, deputy mayor for youth and sport at the town of Trappes.

A 150-seat stand was created. Public access is now done using a turnstile. “We wanted it to be open to free practice for the locals,” said Ali Rabeh. The lighting was also improved. The construction was completed in September and was ready for immediate use.

Good news for the local football club, that had been asking for years for new equipment. “This field was long-awaited. It will serve the whole club”, welcomes Mustapha Larbaoui, its president. “Before this new pitch, more than 1 000 players had to be assigned to only three pitches in the area, doing this was a technical prowess in terms of logistics with trainings, games and tournaments”.

This synthetic turf pitch will be especially used by the women section. The young players can enjoy an extra weekly session thanks to that new surface. Finally, the under 19’s and seniors will be able to train on a proper pitch, “which was not the case until now”, says the manager of the club. “We have now all the right conditions to train hard”.

The Programme of the ESTO CONGRESS and WG Meetings – Brussels –...
Scroll to top