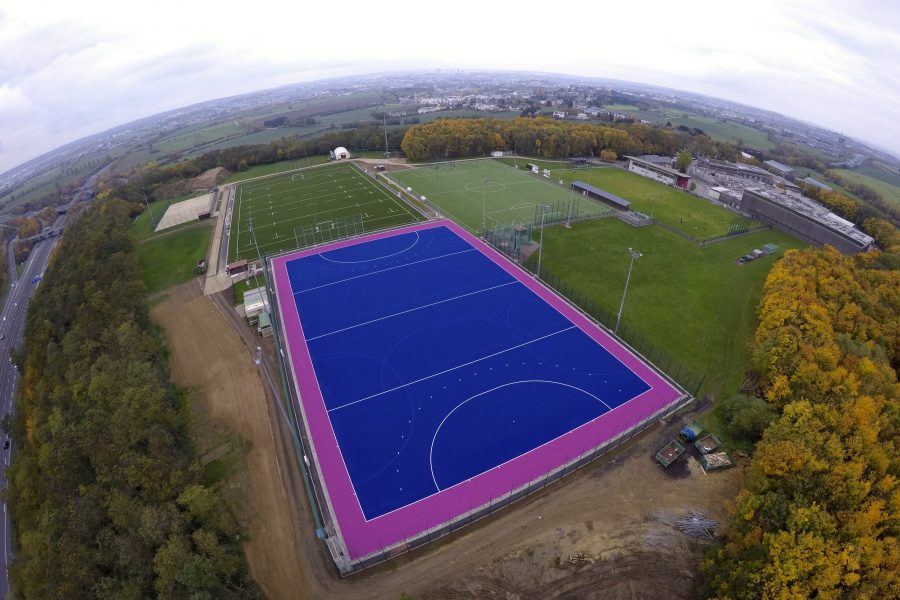 During 2015 four clubs in Europe and one in the United States decided to use, for their water based hockey pitches, the

The Triple-T System is a revolutionary waterbased pitch for the hockey market. With more than a million monofilaments per m² and a special sub base, the system delivers a perfect playing surface for top hockey. Together with ProGame Artificial Turf Shock Pad system it is today one of the best solutions for water based systems, which can be installed very quickly, no matter the weather conditions.

Pitches were installed in Scotland (Glasgow High School); in Holland (Sportpark IJburg – Amsterdam and Sportpark VMHC Pollux – Vlaardingen) and in Luxembourg (Boy Konen). The latter installed in October 2015, with the London Olympic colours, totaling 6.292 m2, which will host many Luxembourg international fixtures.

The same system was also installed in US, at the University of Pacific (California), one of the main pitches done in 2015.