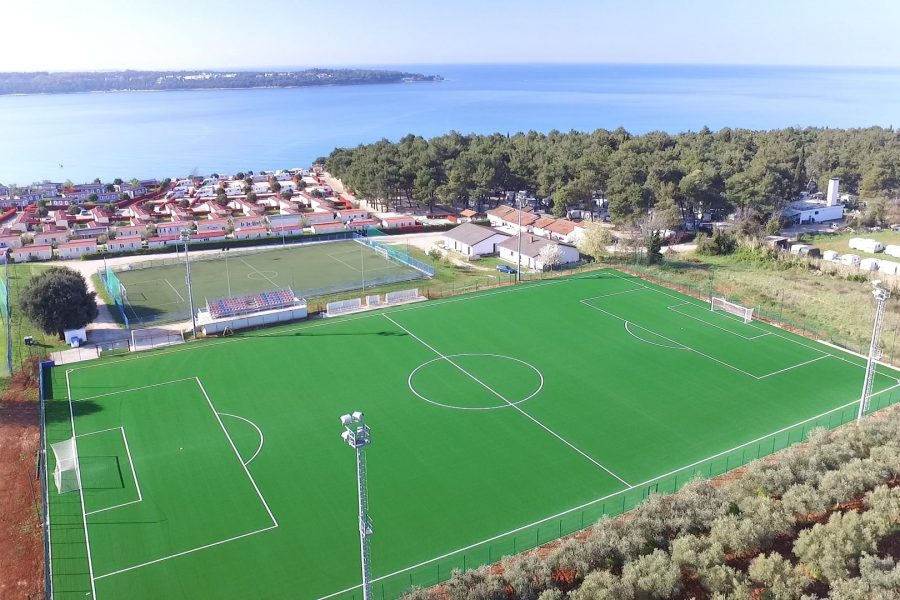 The first synthetic turf pitch to bear a FIFA Quality Pro seal of approval demonstrating compliance with the tougher criteria of the FIFA Handbook of Requirements 2015 comes from Polytan. Polytan is a manufacturer of synthetic turf systems across the world and has been a FIFA Preferred Producer since as long ago as 2011. The stricter regulations under the quality criteria of the FIFA Handbook 2015 entered into force on 1 January 2017. They are now the only valid test procedures for the certification of football pitches with the FIFA Quality and FIFA Quality Pro marks and so are also applicable for the field tests of the certification procedure.

The pitch awarded the FIFA Quality Pro seal under the tougher requirements is located in the Aminess Football Center in the Croatian coastal town of Novigrad. It was there on 23 December 2016 that Polytan, together with its partner company Maxmar Grupa, installed the LigaTurf RS Pro II CoolPlus premium football turf system with the Bionic Fibre infill granules and an elastic layer laid in situ. Carried out according to the new FIFA criteria at the beginning of February, the certification confirms that the playing surface meets the highest standards in terms of playing properties, safety, long life and execution of construction work. For the Aminess Football Club in Novigrad, the FIFA Quality Pro certificate is also a prerequisite for staging recognised international matches as well as international club competitions and is confirmation from world football’s governing body of the high quality of the synthetic turf.

The stricter criteria in the FIFA Handbook 2015 mainly concern the requirements on FIFA Quality Pro certification for football turf in the professional game. It thus takes account of the needs of professional clubs and players in the top leagues. With its introduction, world football’s governing body also ended the old certification routines and FIFA Recommended 1 Star and FIFA Recommended 2 Star certificates.

The quality of a synthetic turf is tested in two stages, which must be conducted by independent, FIFA-accredited test institutes. In the first, the lab test, the synthetic turf product is tested prior to installation for its suitability for football and other quality criteria. The second stage, the field test, is held on the installed, ready-to-play surface and is the sole basis for certification. In Novigrad, Croatia, the FIFA-accredited lab Lehmacher|Schneider GmbH & Co.KG from Osnabrück was responsible for the independent testing.

All football turf systems from Polytan meet the requirements of the FIFA lab test, which means they can be specified by stadium operators, clubs and local authorities seeking to obtain FIFA approval. Polytan also offers the greatest experience worldwide with the football pitches certified and re-certified according to the previous and new FIFA standard and continuously enhances its products based on the latest findings. www.polytan.com

A statement on potential cancer risks from exposure to SBR in artificial turf...