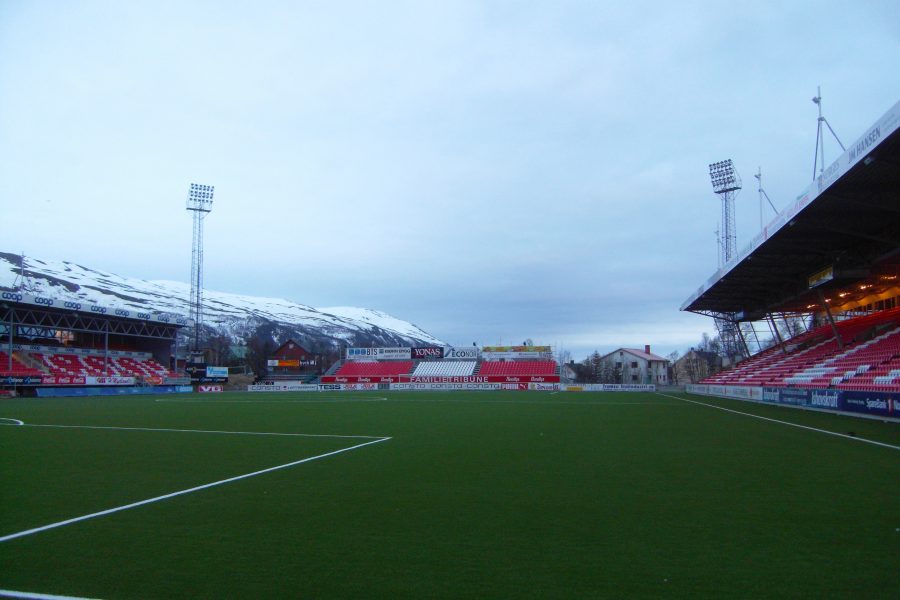 Alfheim Stadion is a football stadium located in Tromsø, Norway and home of Norwegian Premier League side Tromsø IL. This city is located in the very north of Norway and may therefore undergo a climate incompatible with extensive playing on a natural grass football pitch, as experienced by Tromso IL until 2006.

Especially during the winter months, the Norwegian side had to play their home games in difficult conditions as the Alfheim Stadium pitch suffered from the wear and extensive usage from football matches and training sessions. Visiting teams even dreaded to play away at Tromso IL and would criticize the poor quality of the pitch.

To arrange for that, Tromso IL decided to install a synthetic turf pitch at their stadium with under-soil heating in 2006. They then replaced it with a new one in 2010. Several local businesses agreed to contribute into funding these projects to help out their local professional club.

The current synthetic turf is certified FIFA Quality Pro, the highest certification from FIFA for such surfaces. Tromso IL can therefore now host better football matches in their 6,859-seater stadium all year round, not having to worry as much as before about the playing conditions for the players, especially when the cold months arrive in Norway around October.