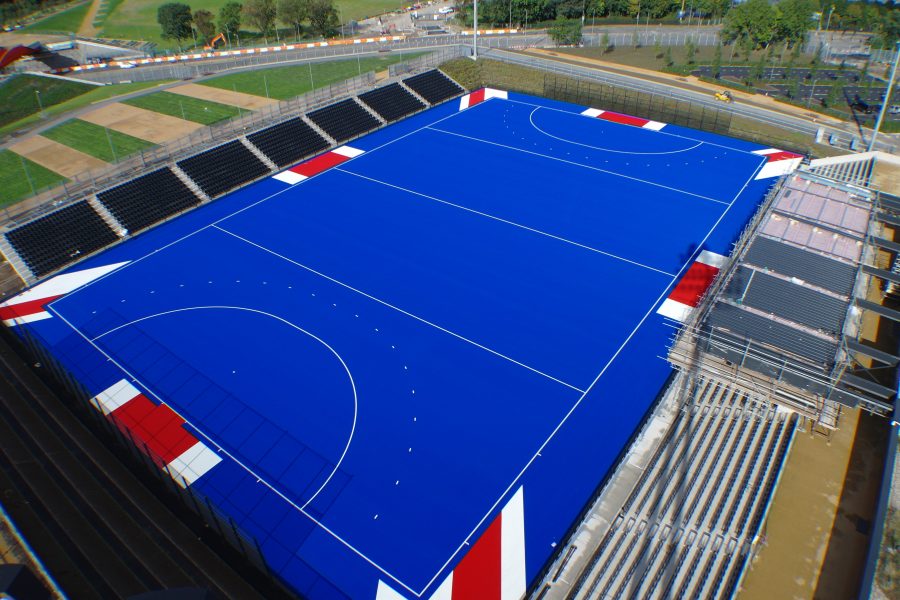 In East London May 2014 is certainly going to be a time for new beginnings, because that’s when the Lee Valley Hockey and Tennis Centre is due to open at the Eton Manor leisure facility, an exclusive training venue for professional and recreational athletes. With four indoor courts and a large outdoor facility boasting two hockey pitches and two tennis courts, the centre will be a new attraction for the London hockey and tennis community. In partnership with the British construction firm Spadeoak, Polytan|STI is ensuring that the hockey pitches are up to the appropriate standards, with the developers of the Lee Valley Centre having opted for the Polytan|STI Poligras Olympia multipurpose turf.

The Eton Manor leisure club was established by four Old Etonians back at the start of the 20th century. The trust ceased its activities in 1967, however, and the facility then fell into disuse. It was not until the 2012 Summer Olympic Games in London that the old sports venue returned to the public eye. The ground was used as a training facility and, later on, as the venue for wheelchair tennis at the Paralympics.

The designers came up with something really special for the new hockey pitches at the Lee Valley Hockey and Tennis Centre. Polytan|STI laid the turf in London Blue and used areas of red and white around the edge to hint at the Union Jack. The installation of a multi-coloured turf system was a challenge, but the Polytan|STI team took the usual meticulous care to ensure that this unique project was implemented. The hockey pitch is thus a real eye-catcher. Thanks to its texurised monofilament grass surface, the Poligras Olympia hockey turf is conducive to really fast play with precise ball rolling behaviour. The latest generation of yarns means that the hockey pitch is still pleasantly soft, thus providing even greater protection and comfort for the players. That makes the Lee Valley Hockey and Tennis Centre ideally equipped for future competitions.