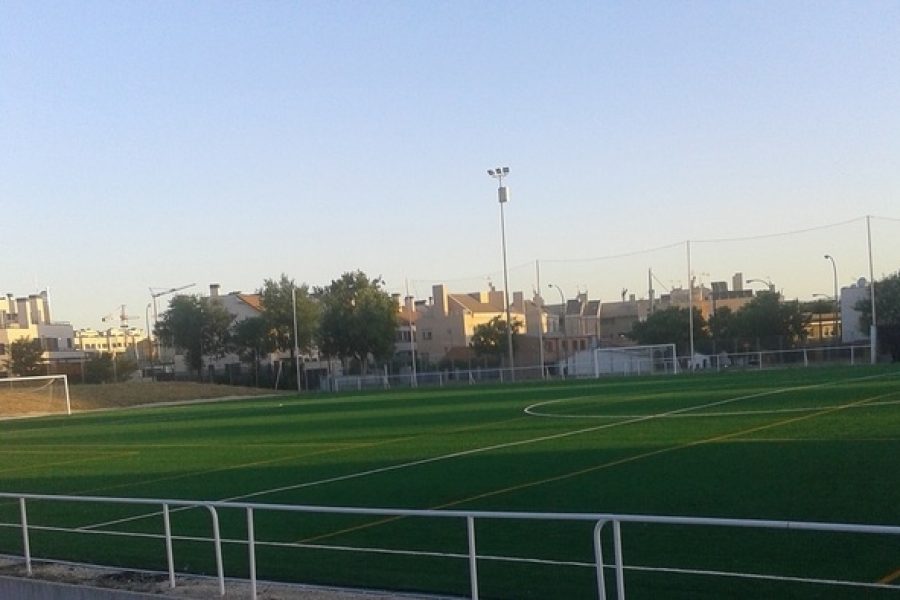 Going through the Spanish football league system down to regional level, we have Olímpico de Hortaleza, which is a football club based in Hortaleza, one of the 21 districts of the city of Madrid. This club was fortunately able to start this season (2015-2016) with a brand new synthetic turf field for their home games at regional level.

Indeed, following a couple of years of uncertainty and local controversy relating to the poor quality of their previous pitch, which gave the impression of being neglected and resembling a waste ground. Other clubs in the same league were not looking forward to the only day in the season they had to play on that pitch away to Olímpico de Hortaleza. The club is finally the resident to a synthetic turf pitch which now poses no problem to anybody, and which needed an investment of more than 225,000 euros to be installed. To finance these works, the club sought a 10-year loan combined to the support from their partnership with a local company.

This new pitch now brings many benefits to the club as well as the local community. Indeed, the pitch enables every team from the club, from grassroots to the senior team, to train regularly on the same pitch without a concern about its quality. The club is now more integrated with each team having a fixed schedule on the pitch that does not need changing due to a bad pitch. Moreover, local schools from that district of Madrid are now able to take their children to practice sport on that same pitch without leaving behind any trace or damage.