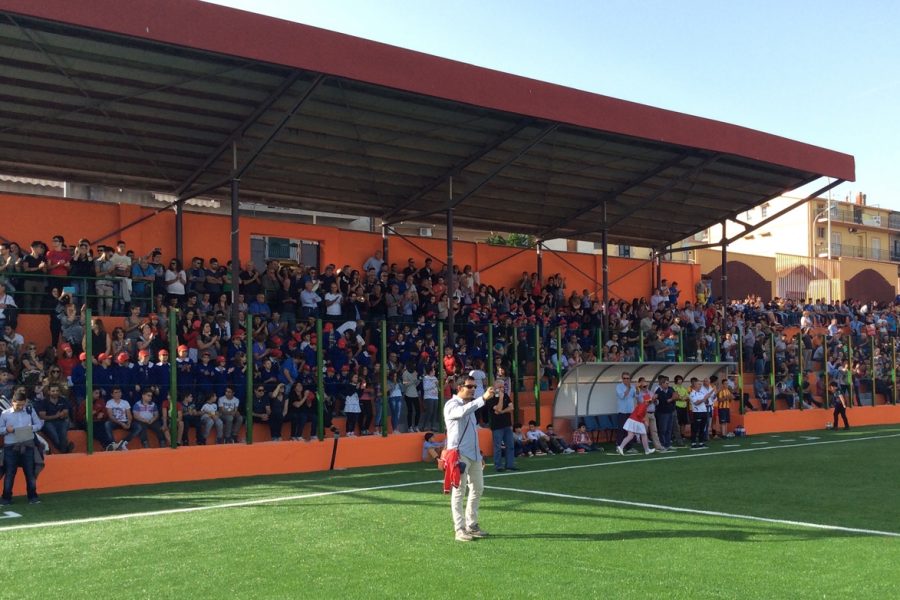 Since October 2014 and its renovation, the football field of Cotronei has been called the Stadium “Salvatore Baffa”. The inauguration of the new synthetic playing field provided an opportunity to name the stadium after Baffa, as a tribute for all he has done for the sport in Cotronei, in the south of Italy, near Crotone.

After a brief opening ceremony, the playing ground was “baptized” officially by a triangular tournament between Fc Crotone Calcio, Cotronei 1994 and Cotronei 1962. Many children were present, because it is primarily them that the local authorities had thought of when they decided to take action to give a new and better pitch at the Stadium.

“This work – said the mayor of Cotronei Nicola Belcastro – is the most important centre of local social gathering. Here we have six teams, there is an active participation in the sport. It is therefore important to provide the territory good and efficient structures as the one we have achieved. “

“The administration – added Belcastro – believes that at this time no local authority alone is able to support financially this main sports centre of the territory. That’s why we asked to the Baffa family to stay close to the sports world. We found a great family because Baffa has offered to finance the youth teams of Cotronei, to allow all young people to be able to make free use of sport, regardless of their income. This is proof that sport, institutions and economy can do good things and stay close to the people “.

The funds used to redo the playing field into a synthetic surface came from a loan obtained by the City council together with the regional council. “It is the testimony – said Zurlo (president of the Crotone region) – that to do useful things for the people you should be able to go beyond political divisions and work together. Playing sports you learn to be selfless, to be together and to make a team. And we have done this with the municipality of Cotronei team. ” The President of the Crotone football club Raffaele Vrenna congratulated “for a perfect pitch, the latest generation”.

Deputy Mayor of Cotronei Francesco Pellegrini added: “this is the work that we really wanted, because we thought that it could influence the social aspect, since the pitch will rotate around the week more than 400 people.”