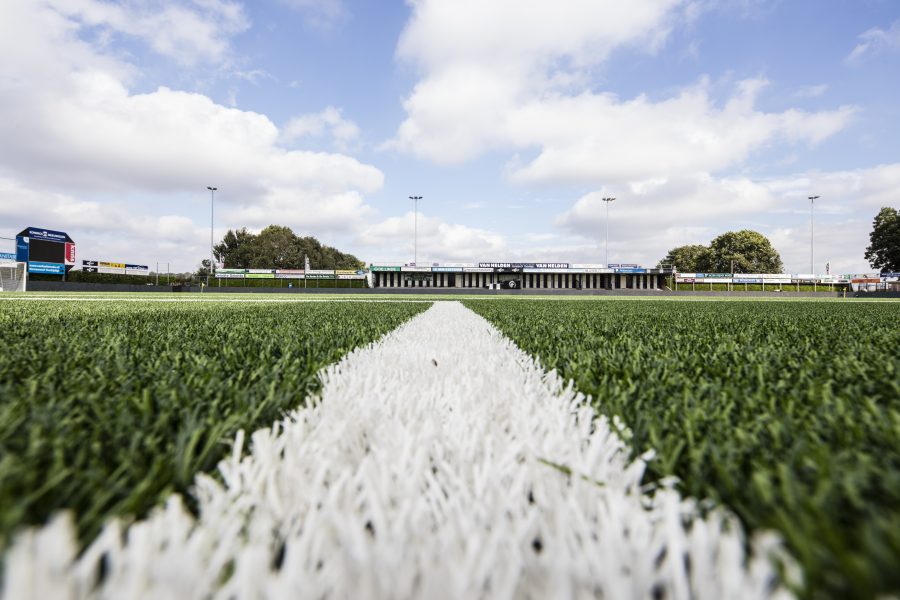 Professional football club Achilles ’29 (Jupiler League) of Groesbeek has been playing its home fixtures on synthetic turf in the “Sportpark De Heikant” since the start of the 2016/17 season. To make the switch from real grass to synthetic turf, the League Two club opted for LigaTurf RS Pro II CoolPlus, a synthetic turf system with smooth filaments designed specifically for professional football by Polytan. An elastic layer – so far the only one in the Netherlands – provides for long-lasting, optimal shock absorption. The chosen infill was the exceptionally high-quality Bionic Fibre infill, which consists of entirely new EPDM granules.

The fact that synthetic turf is well and truly established in international top-flight football was evident at the FIFA Women’s World Cup 2015 in Canada, where Polytan’s LigaTurf RS+ CoolPlus premium turf turned in a winning performance in the “BC Place” stadium in Vancouver, the venue for the final. Officials in Dutch football have been relying on the robust alternative to grass for over ten years now. Over half of all professional Dutch clubs currently play in stadiums with synthetic pitches.

The new LigaTurf RS Pro II CoolPlus synthetic turf system from Polytan, which was brought out by the German sports surface specialist in autumn 2015, was installed in the “Sportpark De Heikant” of Achilles ’29between May and July 2016. The Bionic Fibre infill granules are the same as those used in the stadium for the FIFA Women’s World Cup Final. This new product has a special feature: the organic structure of the exceptionally high-quality EPDM granules produces an even softer and naturally springy surface. The granules are of an irregular shape, in contrast to the angular, smooth-cut form of conventional infill. They feel very pleasant to the skin, just like natural raw materials. In addition to this, more water adheres to the Bionic Fibre infill granules, which means that duels with tackling are possible to almost the same extent as on real grass. Even in dry conditions, the turf feels noticeably less blunt.

Improved playing qualities and even better wear resistance have also been achieved with the LigaTurf RS Pro II CoolPlus synthetic turf system by optimising the yarn geometry and the material formulation. Thanks to the patented ENTANGLEMENT technology – a special interlacing of the molecule chains of the turf fibres – the turf is pleasantly soft, even with a thicker cross-section (400 µm). And the thicker cross-section also gives the playing field an above-average capacity to recover after heavy use without additional maintenance.

Optimal shock absorption and hence protection from injury for the players is provided by the 25 mm thick elastic layer, as yet the only one of its kind in the Netherlands. It consists of recycled, highly elastic rubber granules and retains its elasticity for over 30 years.

As an added bonus, the LigaTurf RS Pro II CoolPlus is the first synthetic turf to be supplied by Polytan in a bi-colour design as standard. The two-tone, light and dark green stalks give the playing field a rich colour similar to the lush appearance of real grass. For a long time, a standard feature of professional football systems from Polytan has been the CoolPlus function. Pigments on the filaments reflect the sunlight so the pitch heats up to a lesser extent.
Anyone interested in finding out more can visit www.polytan.com.