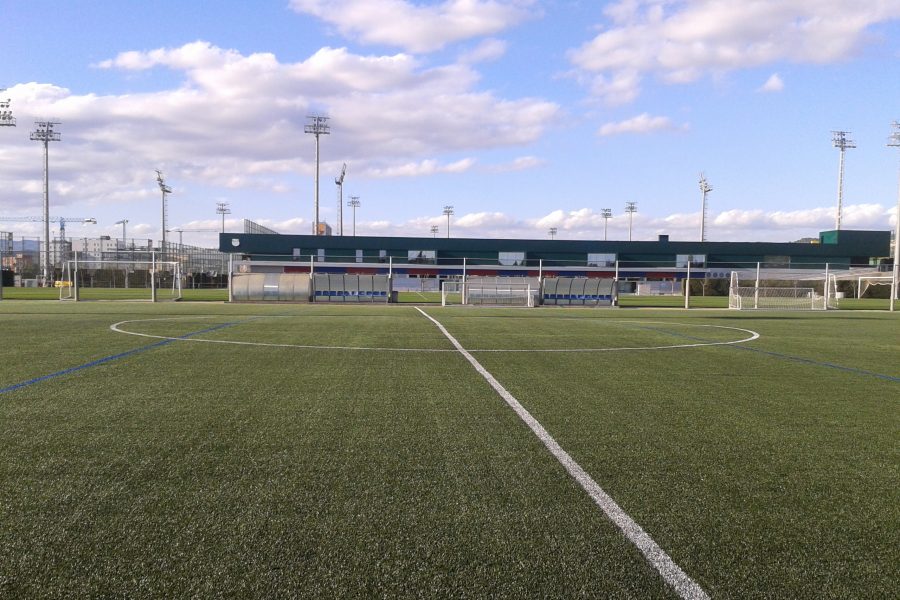 Barcelona’s Sports City has been certified by FIFA with its highest quality distinctive: FIFA 2 Star.

The field, with more than 8,000m2, was installed in 2013 after removing the old turf (also produced by FieldTurf in 2002), levelling the sub-base and placing the most advanced system in the market: FieldTurf Optimum 63 Patented.

The leading product of the synthetic turf market, with 63mm height, has been installed on a natural base, with sewn seams and a patented mixture of silica sand and cryogenic rubber infill. This unparalleled system, the same one that has been installed in the other three FieldTurf fields of FC Barcelona’s Sports City, has overcome the requirements of the highest global football regulator agent, FIFA.

With this quality mark, FIFA guarantees that FC Barcelona’s new field offers the optimum biomechanical performance criteria, such as vertical ball rebound, ball roll, shock absorption, deformation, and rotational resistance. Moreover, the tests confirm that the surface ensures the maximum safety for players, by reducing the risk of injuries.

This is one of the four synthetic turf fields installed by FieldTurf in FC Barcelona’s Sports City complex (Ciutat Esportiva Joan Gamper) as Official Sports Surfaces Supplier of the Club. Two of them, more than 19,000m2, were installed in 2012. The other two fields installed in 2013, including this last F-11 field certified by FIFA, exceeding 12,500m2. Therefore, we’re talking about nearly 32,000m2 of FieldTurf’s highest performance synthetic turf installed in the Club’s training center. Add to this the VIP maintenance that FieldTurf is regularly applying on these fields, it can be assumed that this important project is positioned in the global elite of sports synthetic turf surfaces.