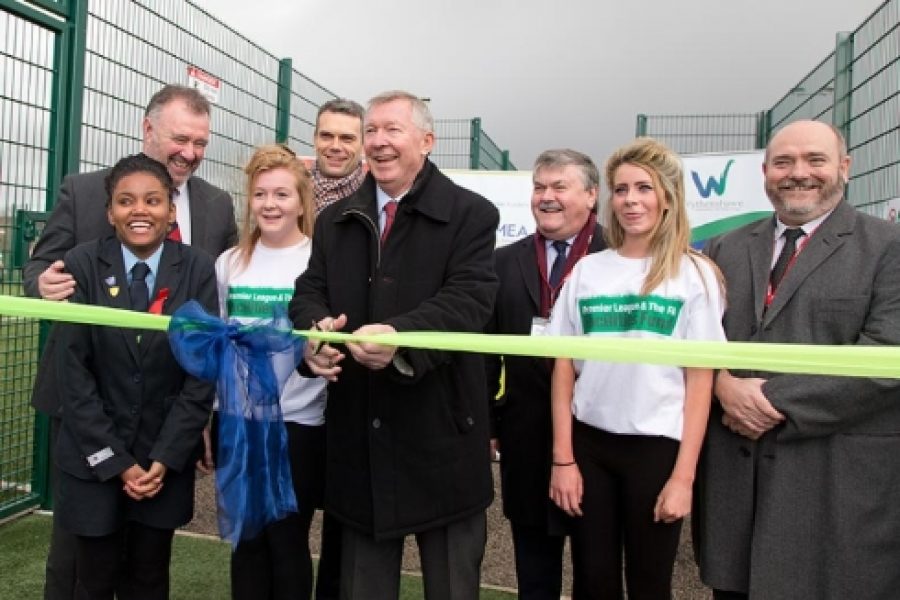 Clubs and communities in general, involved in the sports world, do attach importance to facilities and tools used to play any sports. This is because of general concerns ranging from health and safety, quality of the sport experience, or better player development. This is why renovations have been taking place recently at the Manchester Enterprise Academy, a school sponsored by the Manchester United Foundation, with academy status located south of Manchester, aiming to produce young football players. Such renovations were the installation of five new synthetic turf pitches that replaced sand-based ones that were more than 15 years old and therefore obsolete and damaged.

These new synthetic pitches were met with significant support as the most successful manager in the history of the Barclays Premier League, Sir Alex Ferguson himself, inaugurated them.  These sports facilities renovation were possible thanks to a grant of more than £100,000 from the Premier League & the FA Facilities Fund, covering half the total cost of project. This fact demonstrates efforts put into delivering quality sporting fields to the local community for better playing conditions and players’ technical abilities development.

The synthetic turf pitches can be used all year round by the school and local community, such as Premier League Kicks sessions delivered by the Manchester United Foundation. The venue will also provide a valuable training facility for local grassroots clubs, such as Wythenshawe Town, Sporting St John JFC and Benchill Celtic FC. These facilities received wide praise, including by Sir Alex Ferguson: “these new playing surfaces at the Manchester Enterprise Academy are first-class,” he said. “They will get more people playing the game and help to develop local talent”.  “It will also help youngsters in this part of Manchester hone their skills and improve their technical development, which would certainly be hampered by having to play on a boggy, waterlogged pitch. So who knows, we may see another golden generation of talented youngsters developed here as a result,” he also added, seemingly referring to past generations of Manchester United players, including the famous “class of 92” players which helped the manager to gain huge success.