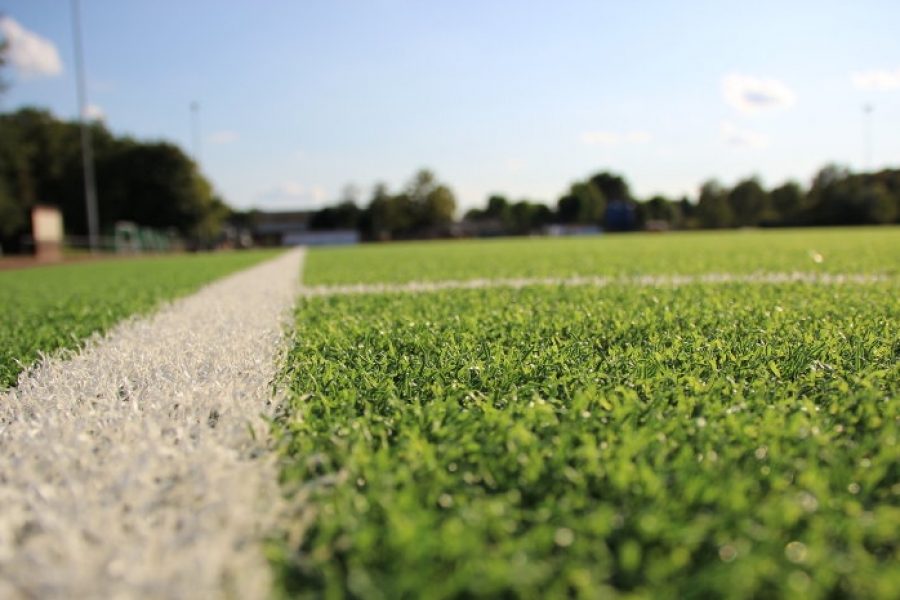 Compared with natural grass, modern synthetic turf systems distinguish themselves in part due to their
cost-effectiveness. Durable and easy to clean, they can be played on all year round. In order to further improve their appearance, feel and wear protection, Polytan has developed the versatile LigaGrass Pro CoolPlus. Owing to these and other positive properties, it can be described as another major step in the development of textured turf systems. The system is particularly suitable for sports facilities which are used intensively, such as publicly accessible communal facilities.

New fibre geometry makes for a more pleasant look and feel. The filaments are not rectangular – as is currently the case for textured (crimped) turf – but have a triangular cross-section. This creates flexible ends that, despite
texturing, are soft to the touch. Moreover, the thickness and width of the fibres was increased compared to the predecessor LigaGrass. Both of these factors protect against wear and tear and provide a dense, uniform playing surface. The ability to now uniformly texture and bulk up even thicker filaments, which do not have a rectangular cross-section, is down to the new Polytan PreciTex technology.

Another special feature of LigaGrass Pro CoolPlus are its two-tone fibres. These create a rich shade of green
and so make the synthetic turf appear more natural. This is the first crimped Polytan synthetic turf system to offer this BiColour design. Another advantage is the CoolPlus function, which has been tried and tested for several years now. Pigments on the filaments reflect sunlight, thus delaying and reducing the potential increase of temperature on the playing field. The larger reflective surface on textured synthetic turf systems contributes to this effect.

The LigaGrass Pro CoolPlus turf system has been available since November 2014 with a sand-rubber filling
and as a sand-filled variant and meets all the significant tests and certifications required by EN, DIN and RAL as well as FIFA and FIH (International Hockey Federation).