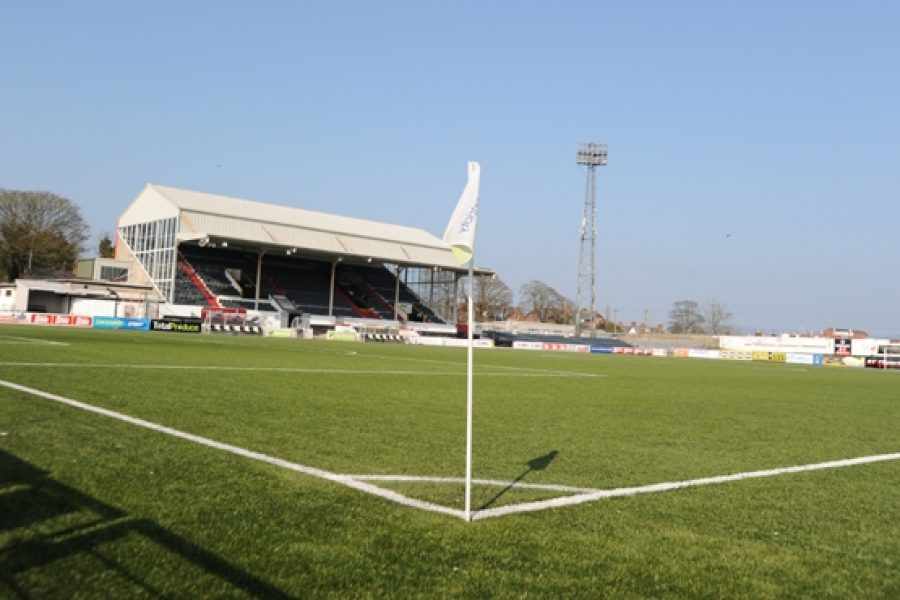 Oriel Park is a multi-purpose stadium in Dundalk, County Louth, Ireland, which has been opened in 1919. It is used mostly for football matches and is the home stadium of Dundalk Football Club.

The club played at the Athletic Grounds from 1903 until 1936, when they adopted Oriel Park as their home ground, where they have remained playing to date. Oriel Park, located on the Carrick Road, faces Dundalk railway station and the Great Northern Brewery. The ground’s attendance record is 21,000. This record was set in 1979 on the occasion of the club’s European Champion Clubs’ Cup second round tie against Celtic. The stadium has hosted many memorable games for supporters including visits from Nottingham Forest, Liverpool, Ajax and Red Star.

In February 2005, Dundalk F.C. announced a major programme for a complete revamp of Oriel Park. The pitch was converted to an all-weather surface at a cost of €1.5 million.

In December 2006 Dundalk applied for planning permission to Dundalk Town Council for a Youth Development/Coaching Centre. The general facilities are to include an underground car parking, gymnasium, disabled training facilities, dressing rooms, games rooms, media control centre, multipurpose hall and associated services at Oriel Park. Further plans are being made to upgrade the main stand, changing areas and bar facilities.

In early 2007 the roof of the stand needed to be repaired due to storm damage. Other work completed before the start of the season included new dressing rooms and a temporary covered terrace. Recent redevelopments at Oriel Park include the sale of land for housing development and European safety regulations have reduced the capacity of the ground from 12,200 to 6,000.