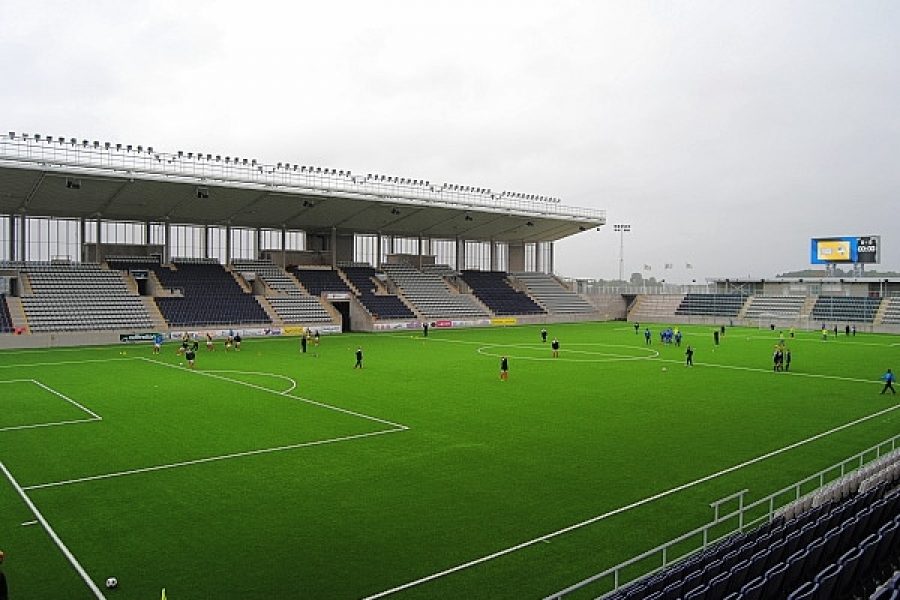 The UEFA Women’s Euro 2013 tournament took place in Sweden. The competition which saw Germany triumph for a sixth successive time was staged at seven venues in seven different towns. One of these venues is the Linköping Arena of a capacity of 8500, which hosted four matches of the tournament. The stadium opened in 2013, just in time for the Women’s Euro.

Since the tournament, a synthetic turf pitch has been installed, a FIFA 2 Star certified pitch. Following the tournament, the stadium became home to Linköpings FC women’s football team who play in the premier division. This recent synthetic turf proved efficient in its installation as it was able to be put on the existing sub-base used for the previous natural grass pitch, and within a tight schedule.

Among main features, the pitch is equipped with a heating system, characterised by heating pipes placed under the turf, at the level of the shock pad. The heated shock pad reflects the heat towards the surface of the field and prevents passing it to the ground below thanks to the present insulation, which increases energy efficiency. Under the shock pad is a drainage system which is precious in order to purify and retain for re-use the incoming water. Such features make the synthetic turf of the Linköping Arena a great tool for football as well as minimising its environmental impact with significant energy savings.

Regarding the surface of the pitch, it is consisting of 40mm synthetic grass filled with sand and SBR rubber. The resulting consistent high performance of the pitch can be key in offering Linköpings FC matches with high technical quality and entertainment. This could then only be beneficial in the light of promoting women’s football to increase its popularity and fan base.

Synthetic turf in the Norwegian Tippeligaen