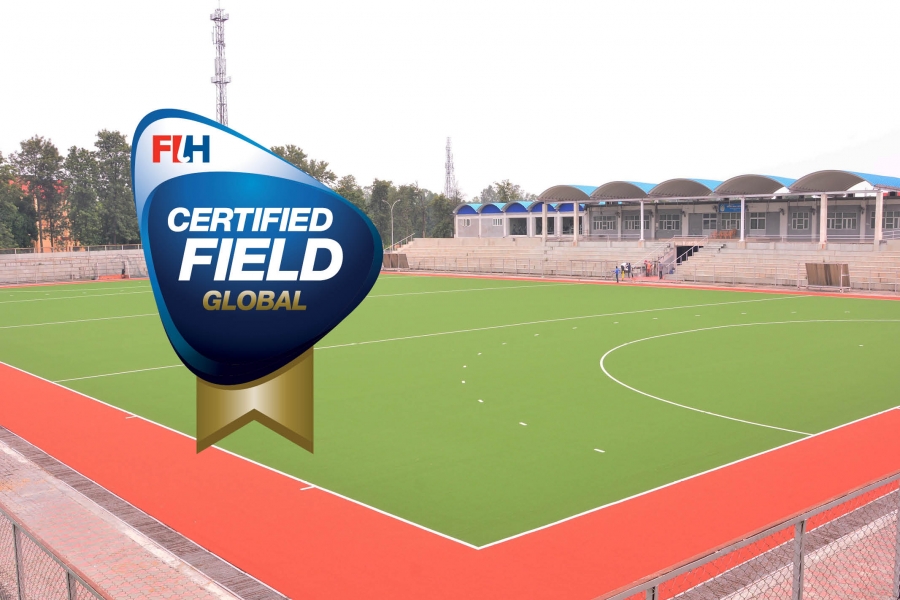 The Astroturf Hockey Stadium of the Rail Coach Factory (RCF) has been redesigned. The installation of a new Lano Sports water field is intended to give an extra boost to the well-filled prize cabinet of the nearby township’s local hockey teams. Even more, RCF underlines the importance of sports in the Indian province of Punjab, a mecca for hockey players that supplies more than half of India’s internationals.

The Rail Coach Factory was established in 1986 just outside the city of Kapurthala. Since then, the train factory has grown into the Indian national railways’ largest supplier.

Over the years, a township formed around the factory’s production sites to provide a home base for the workers and their families. It is considered one of the most pleasant residential complexes in the country and includes a shopping center, several banks, six schools and a hospital. But when it comes to cheering for their favorite hockey teams, the Astroturf Hockey Stadium is the place to be.

“We have high standards when it comes to sports, which is why we decided to replace the Astroturf Hockey Stadium’s outdated hockey field,” says Ram Kumar, sports manager at RCF. “After an invitation to tender, Lano Sports emerged as the winner. The result is a brand-new S•Tec Hockey Solution water-based field. For the installation, Lano Sports received help from local partner Shiv Naresh Sports. The result is a field of absolute top quality, as it meets the strict requirements of the International Hockey Federation (FIH). Thanks to our global certificate, we are now able to host matches at the highest level possible. The first tournaments to take place on the pitch have already been organized.”

The icing on the cake: RCF hockey academy

In order to guarantee player succession, RCF set up a hockey school at the end of 2015. Ram Kumar: “We invited Olympic heroes – who performed their first dribbles on the turf at RCF – to attend the ceremony. Now, the academy boasts around 40 members. Our township puts a lot of emphasis on sports, and hockey is immensely popular here. The boys and girls train on the lawn next to Astroturf, but when they enter the new water field to participate in a match, the thrill of the game is evident on every face. The quality of the field is truly something you have to experience for yourself.”

Another round for top performance ProPlay® shock pad at soccer field repla...
Scroll to top