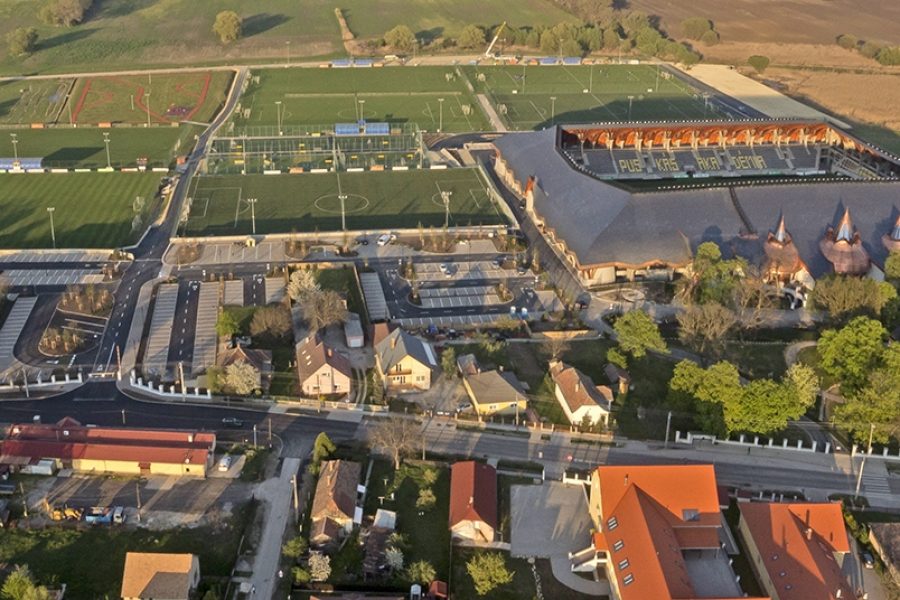 Despite qualifying for this year’s euro 2016 in France, Hungary has not been at the forefront of European football in the last couple of decades. The Ferenc Puskas Football Academy was constructed to help bring Hungarian football back to the top of continental football by betting on future generations of footballers. Named after the legendary Hungarian player from the 50s and 60s, Ferenc Puskas, the academy was inaugurated on his 80th birthday on April 1st, 2007, in the presence of a UEFA envoy and football stars as well as its founder, the Prime Minister Viktor Orbán.

This state-of-the-art academy is located in Felcsút, about 40 kilometres from Budapest. Its goal is to attract young talented footballers across Hungary and to provide them with the best football training and development over a few years in order to nurture, on the long run, some of the best footballers for the country. To support this huge task, many first class training facilities were constructed within the academy premises. These consist of 7 full size football pitches. Two of them are synthetic turf pitches, one of which was awarded the two-star FIFA qualification.

These synthetic turf fields were a requirement to achieve a world class football academy, as they will enable training sessions and matches to take place at any periods of the year, especially in harsh weather times when the natural grass pitches would be unfit for use. The Puskas Academy actually works in partnerships with about 50 clubs countrywide, including the best Hungarian clubs such as Ferencváros, Videoton and Debrecen. These partnerships enable the academy “graduates” to join these clubs at the end of their formation to start off their footballing career.