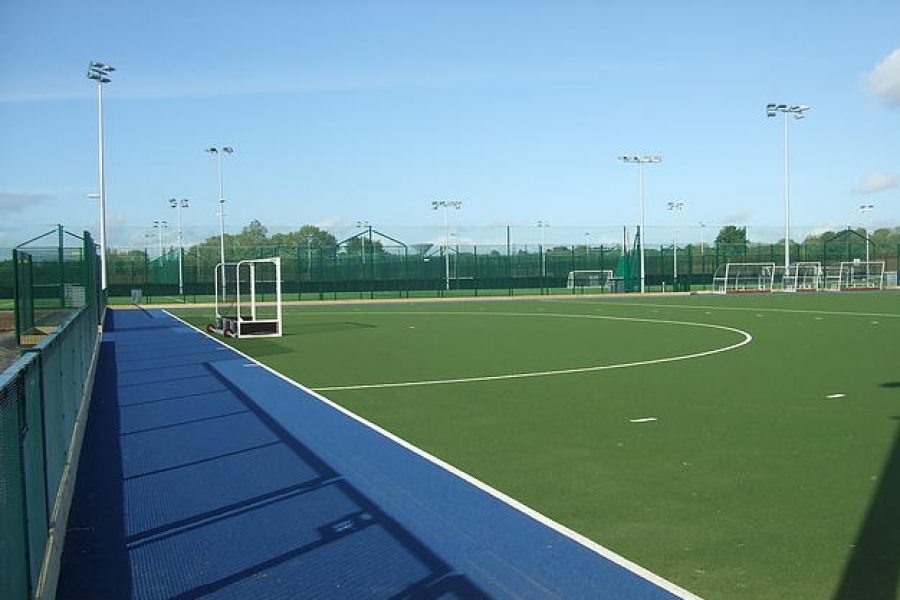 The first type of artificial grass was introduced in the 1970s and was made of polyamide/nylon material. It was ideal for field hockey as the synthetic turf pitches provided a flatter playing surface than natural grass. This in turn provided better ball control as it prevented the ball from shooting off into various directions. Sand was spread between the fibbers to create enough firmness and stability for the players. Hockey had become much faster, more exciting and consequently more popular. These key characteristics resulted in artificial turf being used for field hockey games in the 1976 Olympics and the Eight Nations field hockey tournament.

Since the 1970s “sand based” pitches were favoured as they dramatically sped up the pace of the game. However, water based turfs were seen as more beneficial to the game as it enabled the ball to be transferred more quickly than on the original “sand based” surfaces. Water based surfaces proved also to be less abrasive than the “sand based” variety and hence reduce the level of injury to players when they came into contact with the surface. In 1983, the Women’s World Cup Hockey games were played on artificial turf. However, despite positive results from the pitch, field hockey clubs were reluctant to accept artificial turf as a substitute for grass because it was still relatively unknown. It took ten years before the adoption process really started.

At the beginning of 2006, it was announced that the International Hockey Federation (FIH) Equipment Committee had begun working towards developing a water-free synthetic turf for top level field hockey and a multi-sport surfaces for other levels (i.e. domestic). Developing a water-free turf is an important development for field hockey as a worldwide sport as it recognizes environmental concerns about water usage. It is hoped that the multi-sport turf will also facilitate improved levels of access to the wider community and increase the number of shared facilities at a reasonable cost. Since the 1970’s field hockey has become the driving force for the installation of artificial pitches. The rules have been amended and techniques refined, as the synthetic sports surface has become an essential part of the sport. The FIH today mandates all international field hockey competitions to be played on artificial turf.

Synthetic Turf, Youth and the Next Generation